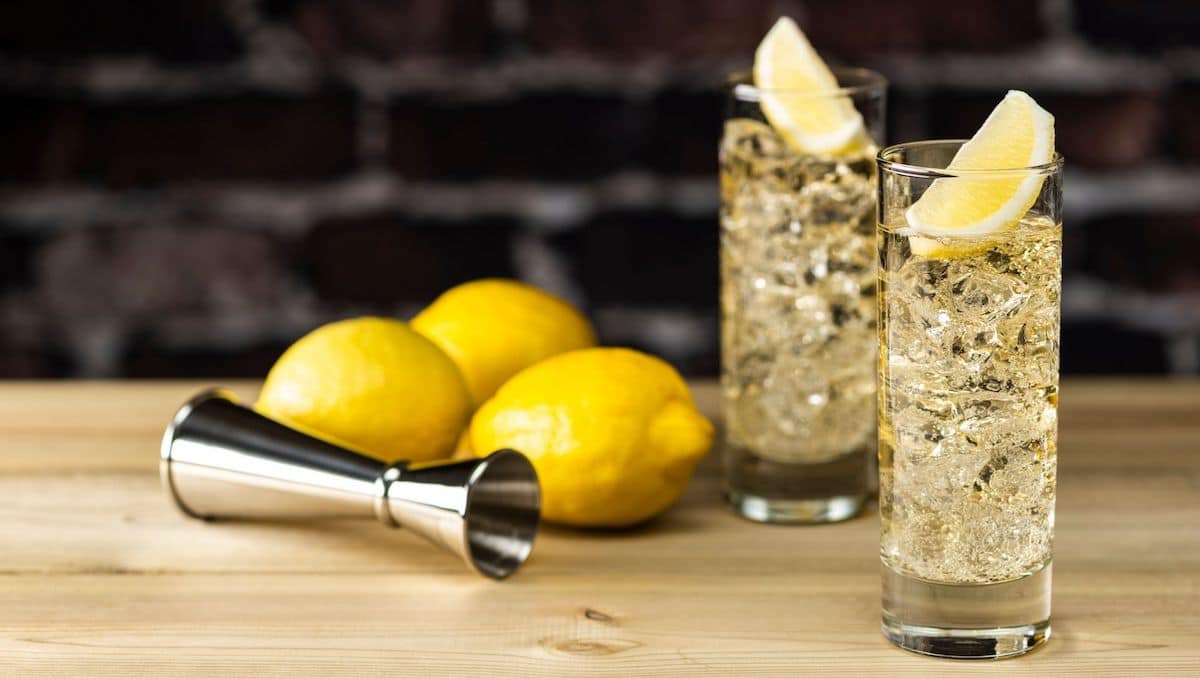 The Difference between a Highball and a Cocktail

On the menus of cocktail bars, you can often see a separate category named Highballs. The list of ingredients still reads like a cocktail, though. -Only not an overly complicated one. So what is the difference between a Highball and a cocktail, and where do you draw the line?

Basically, a Highball cocktail is a kind of long drink consisting of a spirit base, lots of ice, and a filler. It comes in a narrow and tall glass - the Highball glass.

While it's technically the same as the typical Vodka soda you'd order at a club, a well-executed Highball can be far better than that.

The word Highball already implies a certain quality level and that time and effort go into creating this drink. You really have to focus on execution when creating a Whiskey Highball, so you don't just call it Whiskey soda. It's better than that.

When is a cocktail called a Highball?

Besides the general formula of spirit, carbonated filler, ice, and optional extras, a Highball always is served as a finished drink.

You won't get the mixer at the side to adjust the ratios. -That would be a long drink instead. And due to the specific glass design, a Highball contains proportionally more alcohol than a long drink.

While it's not 100% clear where the name Highball came from, there's evidence that it goes back to drinks served in tall glasses on old steam trains.

In that context, the term highballing refers to a ball indicating boiler pressure when the train gets to full speed. -I kind of like the thought of this. It instantly makes me feel like having a Scotch & Soda on one of the retro steam trains.

Having said that, Scotch & Soda is probably one of the most commonly known Highball cocktails. And there are other equally famous Highballs like the Gin& Tonic, Moscow Mule, and Vodka Cranberry.

As all of them only contain a couple of ingredients, it's crucial to use quality products. Using the soda from the house brand of your supermarket is not a no-go. But when putting together a Highball, you want something more than that.

I recommend a club soda or a Fevertree tonic. For Gin & Tonic, this is already common sense, but it should be for every Highball cocktail.

Highball cocktails have their own glass design. The Highball glass is slim and tall, containing between 8 and 12oz.

As the name signifies, it's higher than an old fashioned glass (lowball glass) and a bit wider than the super-slim collins glass.

Often Highball cocktails are served in this typical glass. However, some more popular Highballs have their own signature cups or glasses.

The copper mugs for Moscow Mules, for instance. And then there's even a variety of glass types for Gin & Tonic.

History of the Highball cocktail

Many people claim that they created and served the first Highball cocktail.

One of the more likely stories is that the Highball was brought to Manhattan, New York, by the English Actor E.J. Ratcliffe in the late 19th century.

And almost all of the first Highballs were Whiskey Highballs. Whiskey watered down with soda, plain water, or ginger ale, therefore, was the start of Highball culture.

The Highball cocktails are extremely popular in Japan. They are served as an alternative to beer during dinner. After office hours, many Japanese workers head to their favorite Izakaya to eat and have an alcoholic drink to mark the end of the working day.

Izakayas are best described as a mix of a Tapas bar and a pub, offering small dishes and alcoholic drinks.

Japan has a long tradition not only of drinking but also in creating great Whiskey. Due to a difference in their genes, many Japanese can't consume drinks with high alcohol percentages.

That is why Japanese Whiskys usually are created to be mixed and not to be drunk pure or on ice. That's one reason why the haibōru (ハイボール), a Japanese Whisky Highball, is so popular.

The Whiskey Highballs are tasty, strong-flavored drinks with just the right amount of alcohol. Many would choose a haibōru over a beer as an after-work drink anytime.

This trend in Japan led to many different Highball recipes. Besides haibōru, chūhai (created with shōchū, a traditional Japanese Brandy) is also pretty famous.

The Highballs you buy in Izakayas are affordable and cost between $3 and $4.50. These low prices are undoubtedly responsible for the high number of Highballs consumed in Japan.

Besides the Izakayas, other bars in Japan also celebrate the simplicity of Highballs. You can get them at prices from $5.50 to $9.

In more sophisticated places, everything is thought through: from ice to glassware, from the Whiskey to the filler. Every Highball served is meant to be an experience.

It is a form of art to showcase the quality ingredients and the aim for the best possible result. That is why they don't call their Highball cocktail a "Whiskey soda".

If you're curious now, here's a recipe and instructions on how to make the perfect Japanese Highball.

Today, the term lowball cocktail refers to cocktails served in a so-called lowball glass, also known as old fashioned glass or rocks glass. So, typically, that would be cocktails like Whiskey Sour, Rum Sour, and Negroni.

But, historically, the name lowball is related to Highball drinks. The difference between Highball and lowball was the amount of filler added to a spirit.

A Highball contains way more filler than a lowball, which is supposed to be "spirit with a splash of filler". Since this simple, watered-down drink is currently not that fashionable, people tend to forget where the name originates.