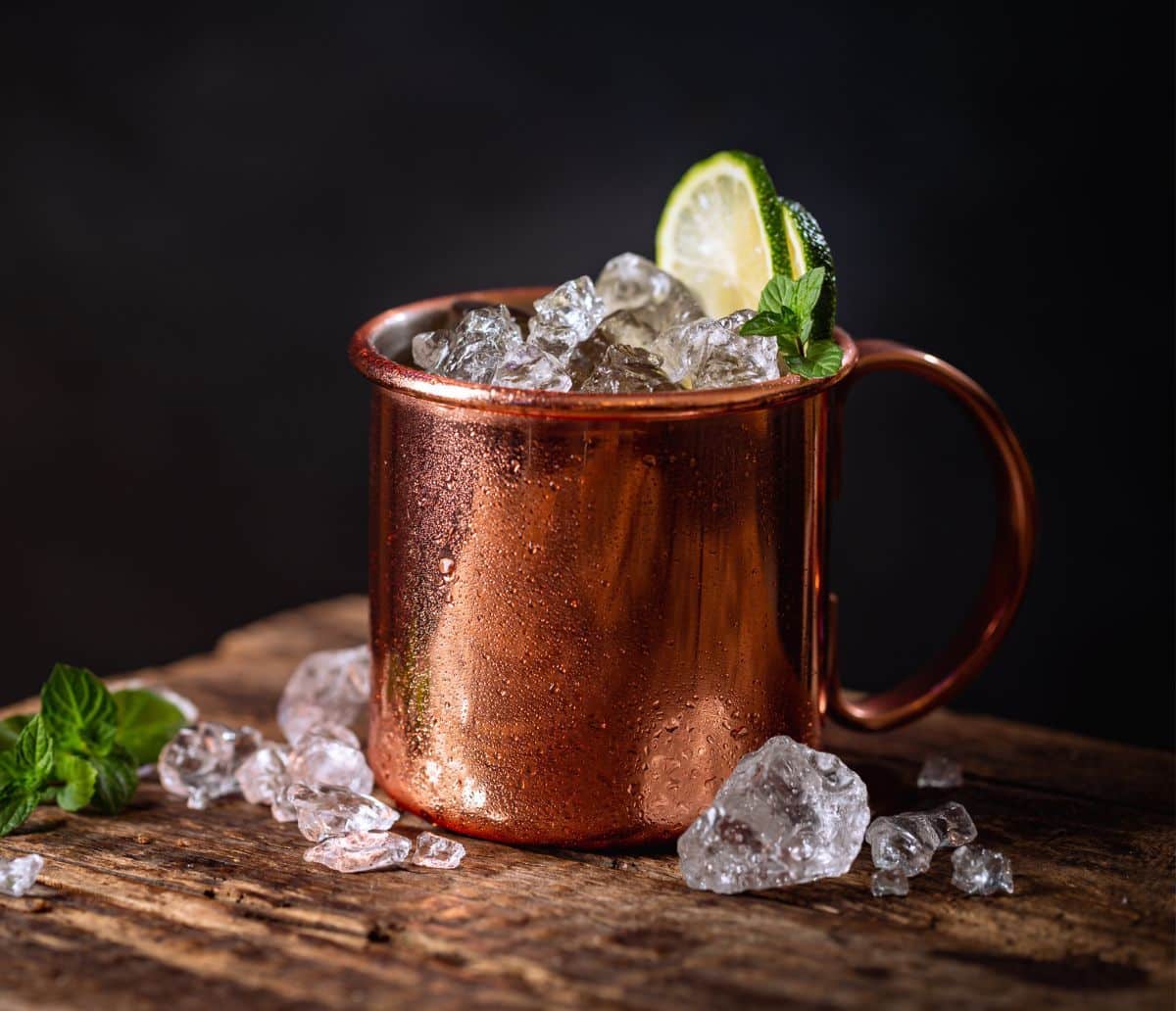 Served in the typical ice-cold copper mug, the Moscow Mule is a deliciously refreshing and very recognizable Vodka cocktail.

The Moscow Mule is a three-ingredient cocktail based on Vodka that traditionally comes in a stylish mug made of copper.

To make a great Moscow Mule, you need good-quality Vodka with spicy and bubbly ginger beer and a splash of freshly squeezed lime juice.

It's also a drink that fits any season. The cold mug and fresh lime juice make it a great summer cocktail. But the spicy notes of ginger beer also make it a beautiful sip for an autumn or winter day.

Learn about the drink's history, how it got its name, and how you can make a perfectly balanced Moscow Mule.

The history of the Moscow Mule

For many cocktails, the history is quite uncertain. But sometimes, the origin is not at all hazy, and that's the case with the Moscow Mule.

The Vodka-ginger-mix was created back in 1941 in quite an intriguing way. The two inventors of the drink are John Martin and Jack Morgan.

Jack Morgan had been the owner of a bar in Hollywood's sunset strip called the "Cock 'n' Bull pub". It was an old-fashioned English-styled pub that also produced a house-branded ginger beer. John Martin was selling Vodka for Smirnoff at that time.

While clearing some dead stock of ginger beer, the two guys wanted to try how the beer would go together with the Vodka. And that is how Jack Morgan began to serve the drink we now know as Moscow Mule.

To say it was a success is actually a tremendous understatement. The passion for the spicy drink started to spread like wildfire almost instantly.

As if this wasn't impressive enough, the idea of serving the drink in a copper mug was another stroke of genius.

It was a trend Smirnoff gratefully picked up. -By the way, according to the bar, thousands of copper mugs have been stolen.

Smirnoff started to sell the iconic mugs nationwide, supporting the hype of the Moscow Mule. Soon, people all over the world knew about the drink.

Nowadays, you can have a Moscow Mule served in a copper mug in almost any place. Cheers to this, I'd say!

How the drink got its name

Should you have hoped for a well-thought-through story of finding a name, the reality might be slightly disappointing.

The name Moscow Mule was quite a spontaneous selection. Or at least the last part is. Moscow obviously was used as a reference to Vodka since it is a traditional Russian spirit. But the Mule in Moscow Mule was just a random thing.

So despite the name being catchy and playing quite an important role, there's no big story behind it.

How to make the best Moscow Mule

Vodka builds the base of the cocktail, and, consequently, using quality Vodka here is crucial. It is best to pick a quality Vodka of standard proof (80, 40% ABV) like Belvedere or Absolut. - You cannot go wrong with these brands and both are an excellent choice for most of our favorite Vodka Cocktails.

But Vodka is not the only thing to consider when aiming for an amazing Moscow Mule. Freshly squeezed lime juice is a must. Without that, the drink falls flat and loses large parts of its bite and freshness.

And the most critical element is Ginger beer. You should not by any means confuse it with Ginger ale. Those two are not the same, and you can't use Ginger ale for making a Moscow Mule.

What's more is that the Ginger beer needs to be chilled, highly carbonated, and spicy. The spice bite has to be strong enough to balance the citrus notes of the lime juice and the Vodka.

There are many great brands to try. If you're looking for a recommendation or inspiration, I enjoy the ones from Bundaberg, Q Ginger Beer, Fever Tree Ginger Beer, or Fentiman's.

Each of these has its own distinct taste, but all work great in a Moscow Mule cocktail.