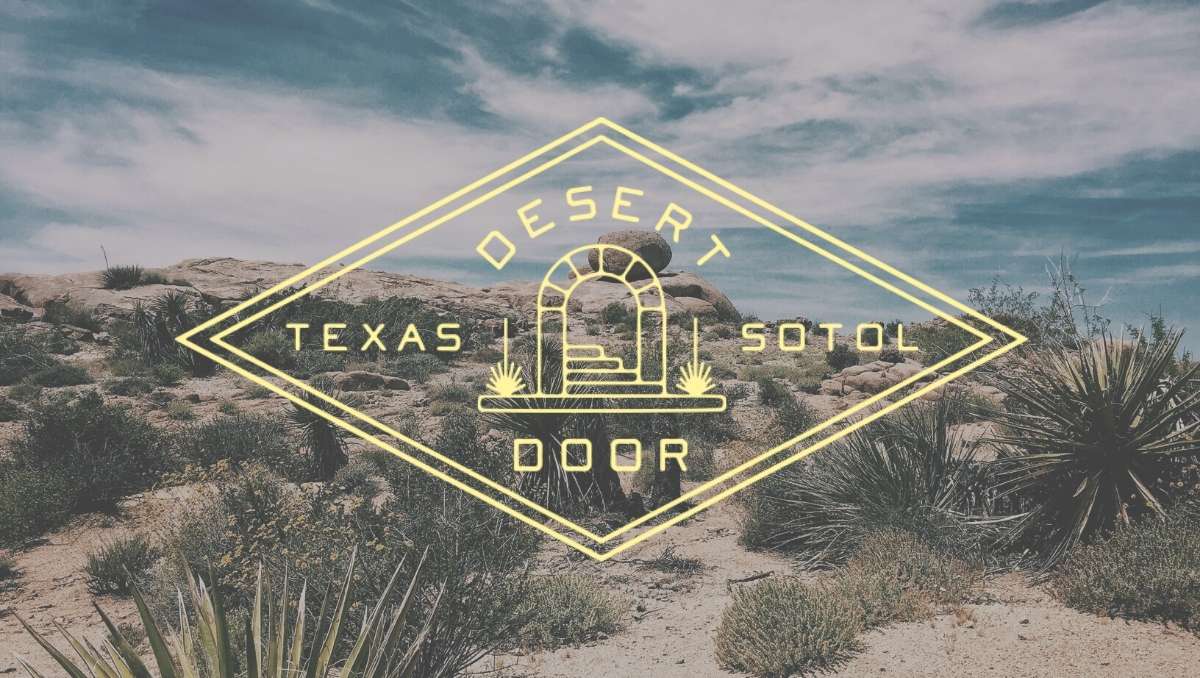 Desert Door Distillery opened its doors in November 2017 and has set out to bring the seriously underrepresented Mexican spirit Sotol to the United States and beyond.

Following the example of Tito's Handmade Vodka, which paved the way for legally operating distilleries in Texas, Desert Door Distillery set up their Sotol business near Dripping Springs, just a few miles outside of Austin.

Their objective is to introduce the still relatively unknown Mexican spirit Sotol to a broader mass.

For those who might not have heard of Sotol: like its more famous relatives, Tequila and Mezcal, Sotol is a traditional Mexican spirit made from agave plants. It is also the state spirit of Chihuahua, Coahuila, and Durango.

And Desert Door Texas Sotol is the first, and as of today, the only Sotol distillery in the United States producing this underrated drink.

In fact, until this day, Desert Door Distillery is the only facility producing Sotol outside of Mexico at all.

So how did Desert Door Distillery emerge with the idea of producing a spirit barely known outside of Mexiko?

The story behind Desert Door Distillery

As ever so often with unusual business ideas, coincidence played a considerable role in the plan of opening a Sotol Distillery.

In 2016, students and military veterans Judson Kauffman, Brent Looby, and Ryan Campbell attended a course on entrepreneurship at the University of Texas McCombs School of Business.

And allegedly, one day, as you do, they hung out in a college parking garage drinking Sotol before class.

Because they found the spirit quite enjoyable, they decided to make it the center of a group project for their studies where they should present a fictional company.

One thing led to another, and less than two years later, in late 2017, they opened their distillery Desert Door Texas Sotol.

The time between starting the University project and the actual opening of the Sotol distillery certainly involved a lot of try and error, sweat, and tears. Probably, the years after that weren't much different.

The three of them first learned how to make alcohol. Then harvested the Sotol plants in West Texas, fermented them in a bathtub at one of their houses, then distilled the mixture in a garage over the weekends.

As Brent Looby recalled in an interview from 2021, if they had known how hard starting a business like this was at the get-go, they might have never done it. A statement many entrepreneurs will certainly agree with.

And what's also worth mentioning, Kauffman, Looby, and Campbell did all that without ever setting foot into a traditional Sotol.

They say they made a conscious business choice to save themselves from comparing their approach to others and create their own concept.

Already in 2018, Desert Door Texas Sotol was distilling up to 400 gallons of Sotol a month. And they had plans to triple that in no time.

I don't know their current production volume. But it is enough to employ a team of 60 people, so it seems they do alright.

The Desert Door Distillery now has a tasting room, a bar, a patio with comfy picnic tables, and a stage for live music. You can book tastings or order beautiful Sotol cocktails alongside charcuterie boards.

Should you get hungry beyond charcuterie boards -or get the munchies from all the tasting and cocktail-sipping- food trucks park right outside the distillery.

And if you want to read in detail how Desert Door Distillery produces their Sotol today - now that they outgrew the bathtub and garage situation for good - you can do so here.

What exactly is Sotol?

For a long time, the plant that is the base for Sotol, the Dasylirion wheeleri (also known as desert spoon or Sotol plant), belonged to the agave family.

Now it doesn't anymore. And therefore, Sotol is now a cousin instead of a brother of Mezcal and Tequila, so to say.

The taste of Sotol is closer to Tequila than to Mezcal. It can be described as somewhat bright, earthy, and grassy, but with a more smooth and silky mouthfeel.

Further, its taste strongly depends on the territory where the Sotol plants grow and can be smoky or carry more vegetal notes. If you want to know more about it, check out this article about Sotol.

The Sotol from Texas is an artisan, high-quality spirit available in two versions. The first one is the original release, the other an oak-aged variation.

The nose of the Desert Door Original is reminiscent of a good Tequila with vanilla and grass notes.

Taste-wise it carries subtle flavors of toffee, mint, and citrus fruits. The smooth finish reveals a hint of sage.

The Desert Door Oak-Aged Sotol matures for about one year in virgin. The nose is comparable to a young Whiskey, with sweet notes of vanilla and caramel.

On sipping, you get more vanilla, oak, and an aroma of dried cherries. The finish shows a subtle hint of Eucalyptus.

Both versions are a superb choice if you are new to Sotol. They are smooth, fresh, and herbal with a little bit of bite.

And both versions are enjoyable neat, or over ice, even though the aged version is more pleasant that way.

However, personally (with a few exceptions), I'm not overly into sipping spirits neat but prefer them in a good cocktail.

Basically, you can use Desert Door Sotol for all cocktails that usually include Tequila, like a Margarita or Paloma.

Military veterans Judson Kauffman, Brent Looby, and Ryan Campbell own Desert Door Distillery in Texas. They met during their studies and got the idea for distilling Sotol during a course on entrepreneurship.

Where is Desert Door Sotol made?

Desert Door Sotol is produced in Driftwood, Texas. That's a place a few miles outside of Austin, near a small town called Dripping Springs.

Nope, at this point in time, Desert Door exclusively produces Sotol at their distillery. It also doesn't seem that there are plans to change that anytime soon.

Yes, there is a Desert Door Hand Sanitizer out there. Like many in the industry, Desert Door Distillery started manufacturing hand sanitizer when Covid hit in 2020.
They did so full time, focussing on equipping first responders, the FBI, nursing homes, restaurants, and health care workers.

How do you drink Sotol?

The traditional Mexican way is to drink Sotol neat. But it is also a beautiful substitute for Tequila in cocktails like a Margarita or a Paloma.

What's the difference between Sotol and Tequila?

The main difference is that Sotol is not made from agave. And Tequila is strictly restricted in terms of the plants and the production area, which Sotol is not. The taste overall is comparable to that of Tequila.