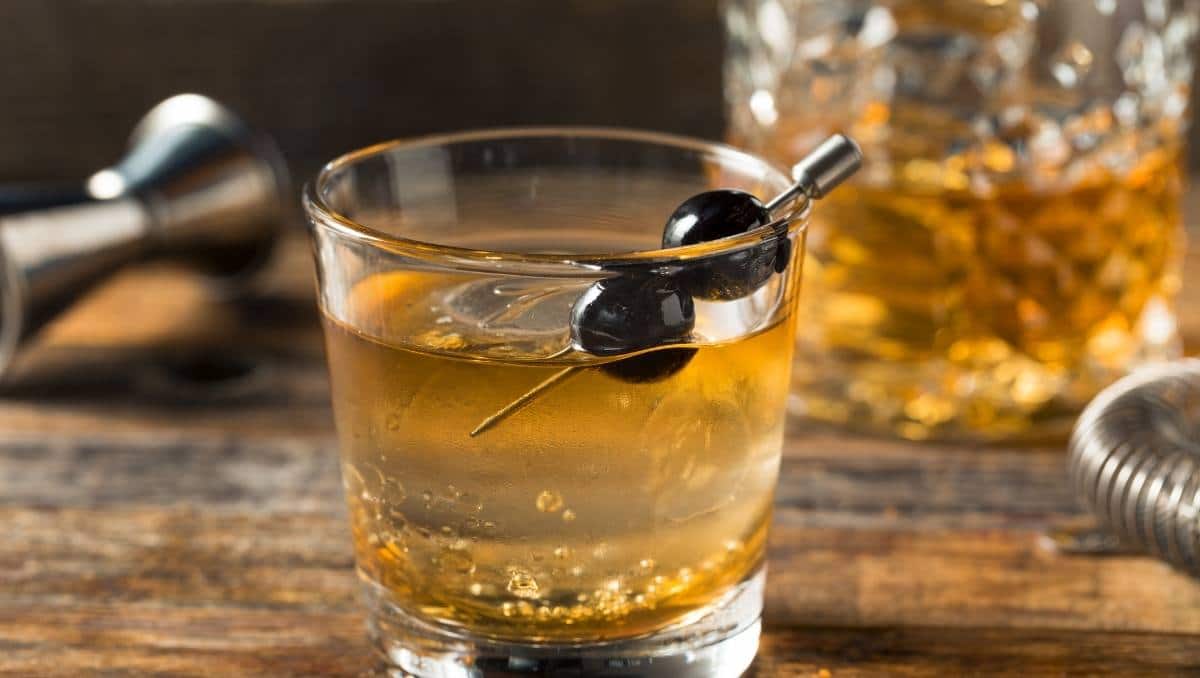 What are Maraschino Cherries?

The sweet and flavorsome Maraschino cherries are among the most common and popular cocktail garnishes. However, many people mistake them for these bright red cocktail cherries, yet, they are far from the same.

The list of classic cocktails asking for Maraschino cherries (pronounced Maraskino) used as a garnish is long. The sweet red fruits go back to medieval Europe when people used them for making liqueur.

The Maraschino cherry -alongside the liqueur- soon became a popular cocktail ingredient in the US, which quickly earned them the nickname Cocktail Cherries. That, in turn, eventually led to a mix-up with the cheaper, bright red variety often used to garnish foods and drinks. But what's so special about the real deal from the Dalmatian coast?

What are real Maraschino cherries?

First of all, they are actual candied cherries. They have a sweet taste and a firmer texture compared to untreated fruit. Their color is dark and can look almost black.

People often doubt they are natural, especially due to the neon-colored imitations, but they are genuine fruit. Also, contrary to popular belief, they don't contain alcohol - though they used to in the distant past.

The difference to other cocktail cherries

Authentic Maraschino cherries are made only from the Marasca cherry that grows in the Dalmatian region. -Hence the name Maraschino. The copycat versions are usually bright red, have a very artificial taste, and are made from other cherry varieties. -Royal Anne or Rainier, for instance.

These imitations are preserved by removing their natural taste and color and then flavored and colored artificially in a second production step.

Many online sources talk about these bright red imitation products as if they were real Maraschino cherries. Yet, they are not. Frankly, they don't come close. Therefore, the term is legally protected, and all other cocktail cherries must be labeled "imitation".

How do they taste?

Classic Maraschino cherries are quite sweet, yet, you can still taste the natural cherry flavor, and a subtle almond note comes through. Similar to the Marasca liqueur but without the alcohol. If you like fresh cherries, most likely, you will find this syrupy version pleasant to eat.

The modern, bright-red variety tastes more like sugary candy. They have a rather tough and chewy consistency and an overly sweet flavor. I don't find them enjoyable to eat, and I'm not aware of anyone who does.

How are they made?

Well, there are multiple ways to make them. Generally, you can classify them into two main categories: traditional and modern.

In the Middle Ages, Maraschino cherries were pickled, sweetened, then crushed, and added to Maraschino liqueur. The alcohol preserved them until the bottle was empty.

Today, producers like Luxardo soak their fruit in marasca cherry syrup. This syrup is made from the so-called Sangue Morlacco - a juice also used to infuse the liqueur. In the final step, the cherries get pasteurized to guarantee food safety.

Luxardo prides itself in only using candied Marasca soaked in syrup. -No thickening agents, no other preservatives, and no food coloring. And that is why the real deal is best. They taste pleasant and natural.

As explained, the modern versions are brighter red and don't look as natural. An Oregon State University professor of horticulture named Ernest H. Wiegand invented them in the United States in 1912.

Oregon cherry farmers approached Wiegand because they had trouble preserving their fruit - an idea brought to the country by Europeans in the late 1800s. The cherry growers wanted their share in the cocktail cherry business but didn't quite know how to get there.

Wiegand's resolution was to preserve them in a solution of brine, sulfur dioxide, and calcium chloride. That removed the natural flavor and color of the fruit, so he soaked them in syrup and food coloring. It kind of worked, but the result was very different from the original.

In response to the new method, the US Department of Agriculture (USDA) passed a law that required Maraschino cherries to be Marasca cherries only. [1] The modern varieties must be labeled "Imitation Maraschino Cherry" instead.

Can you make them at home?

The genuine version is a pricey product. Therefore, if you want to save some bucks, you can make your own imitation of the famous cocktail cherry at home. It's easy, and the result will be far closer to the original than the store-bought copycats.

To find out what you need to make them, follow this link to our recipe.

The list of cocktails featuring Maraschino cherries is long. The by-name cocktail cherry, therefore, is well deserved. Here are some examples of these drinks:

Also, Tiki-style cocktails made with Rum often come with a Maraschino cherry. For instance,

If you're more into Whiskey, the Brooklyn Cocktail usually features a Maraschino cherry. And a delicious representative of Vodka cocktails would be the Alabama Slammer.