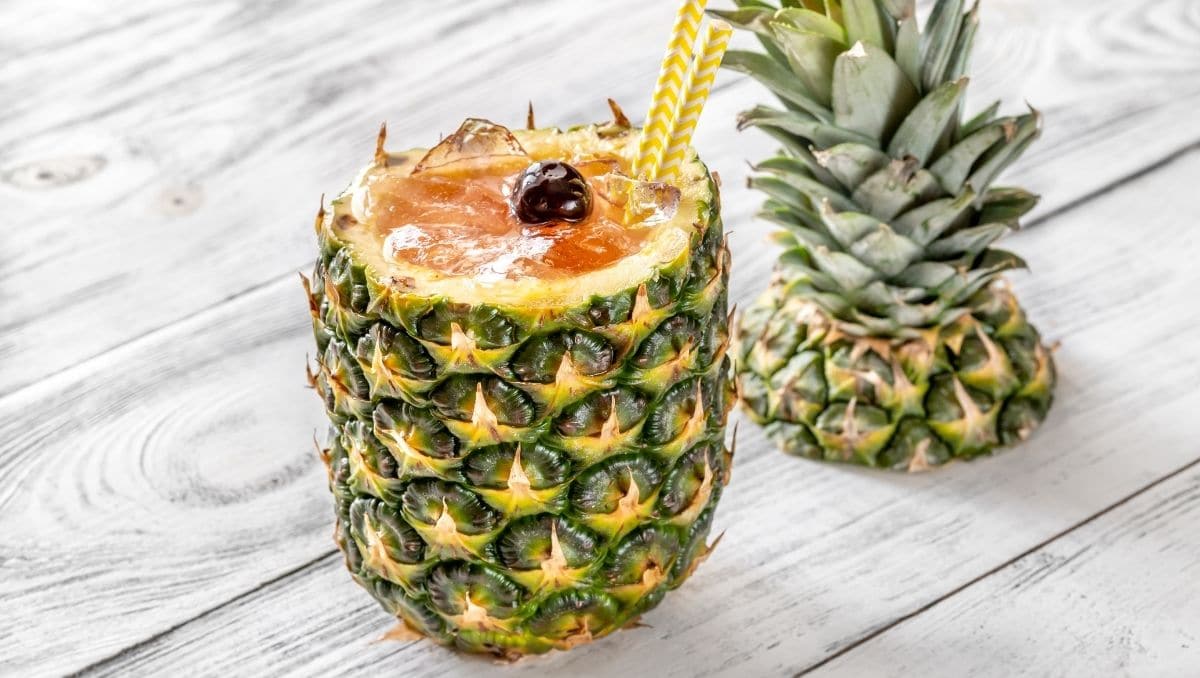 The Bahama Mama is a classic vacation drink. Along with other tropical favorites like the Piña Colada, the cocktail is popular among vacationers traveling to the Caribbean. And by making it at home, you can bring some tropical vibes to your balcony.

The Bahama Mama combines the essence of tropical Rum cocktail ingredients: Rum, coconut, and pineapple. You can't possibly get more Caribbean into a cocktail glass.

But unlike many other tropical drinks that share those three components, like the Piña Colada, the Bahama Mama is not quite so sweet. In fact, it is one of the more balanced tiki-style cocktails.

The traditional recipe is a true classic and a beautiful combination of flavors. Nevertheless, over time the drink underwent countless tweaks and changes.

Since the cocktail is a standard serving in beach hut bars on Caribbean beaches, you often get somewhat sophisticated versions of this tiki drink. But with this Bahama Mama recipe, you will see how delicious this cocktail can be.

Ingredients for the Bahama Mama

The cocktail is a terrific blend of sweet, sour, and boozy components. And all that is balanced beautifully by a hint of bitterness from the coffee liqueur.

You wonder why you need three different Rums instead of one? Well, the drink also works when you go with one Rum only - I would recommend aged Rum in that case. But let me explain why you should consider a split base for the Bahama Mama.

How to make the best Bahama Mama

The secret to making a perfect Bahama Mama is a balanced flavor profile. You can achieve the necessary depth in flavor by using different types of Rum in the drink.

Many recipes only call for one type of Rum as a base. However, that leaves the drink a little one-dimensional.

So, instead of one single Rum, use a split base of an aged Jamaican Rum, light overproof Rum, and a highly alcoholic coconut Rum liqueur (35% - 40% ABV).

Another essential part of the recipe is the combination of pineapple, coffee, and coconut. And it is the coffee liqueur that is missing in many modern recipes.

It is an open secret that bringing coffee into the mix really sets it apart from most other tiki drinks. The earthy, slightly bitter notes of roasted coffee balance the fresh pineapple juice in the cocktail.

And the taste of coconut works perfectly with both - pineapple and coffee.

-Among wine connoisseurs, the phrase "What grows together, goes together" often is a good rule of thumb for wine pairings. In the case of the Bahama Mama, the expression perfectly explains why this combination works so well.

It is a common understanding that the drink became popular in the 1950s, but it is a little harder to agree on who the original inventor was.

There are claims that the Bahama Mama is a combination of several cocktail inventions. It supposedly was an attempt to bring together various recipes into one single tiki cocktail.

But there is also one bartender claiming he invented the drink, and his name is Oswald “Slade” Greenslade.

Greenslade worked as a bartender at Nassau Beach hotel from 1961 to 1993. According to his account, it was there that he created the drink and named it after a local singer.

He published this claim in 1999 when his self-published book One More Cocktail was released.

Regardless of his story most likely being untrue, most people acknowledge Greenslade's creation as the first standardized version of a Bahama Mama. -Yet, at least variations of the Bahama Mama have been sipped many years before he "invented" the recipe.