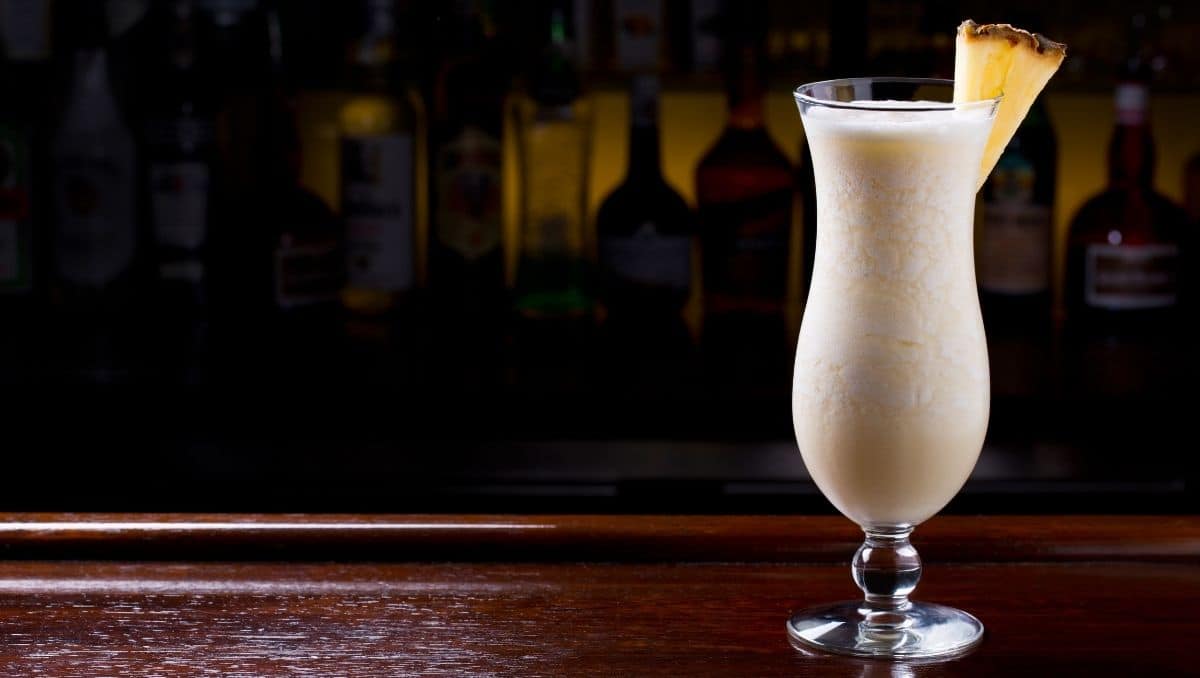 The Piña Colada is a typical beach bar cocktail, but unfortunately way too often get something heavy and overly sweet. But when done right and with high quality ingredient, the Piña Colada can be one of the best tropical cocktails out there.

The Piña Colada is often giving cocktail lovers a hard time. It is one of those drinks you get at every pool and beach bar. More often than not, the drink you get is a blended something not even close to a good Piña Colada. I came across my share of these low-quality versions, and it took me ages and a trip to Cuba to finally get won over by this beautiful Tiki cocktail.

Once you had a proper Piña Colada, you look differently at this Tiki cocktail. The mix of fresh pineapple, coconut, lime juice, and Rum is absolutely delicious. You will come to realize that you actually could drink this all day long.

The history of Piña Colada

The Piña Colada has been invented in the 1950s in Puerto Rico. Head bartender of the Caribe Hilton Hotel, Ramon “Monchito” Marrero Perez, created this tropical Tiki drink that soon became a legendary summer cocktail. It didn't take long for it to become famous all over the United States and many other regions in the world.

It became so famous that Puerto Rico decided to name it the official drink of Puerto Rico in 1978. I guess, mostly, because they wanted to make a statement where the cocktail originally came from. However, as famous as the Piña Colada was at that time, it was also the start of its downfall.

It became a trend to serve it in ridiculous glasses, mixed with inferior quality ingredients, blended with ice, and with those ineffable, artificially looking cocktail cherries. It was somewhat embarrassing, but it didn't stop. Instead, the madness continued for a couple of decades, and the Piña Colada more and more became a synonym for a cheap and low-quality cocktail.

But luckily, things changed, and this deliciousness returned to the menus of serious bars around the globe. The renaissance of the cocktail brought back fresh ingredients into the recipe and changed the way the drink is prepared. While the traditional recipe asked for blended Piña Coladas, the new wave made it a shaken cocktail.

Or you might also say: tradition vs. modern times? The short answer is: both ways work and can deliver exquisite results. Nowadays, many people believe a good Piña Colada has to be shaken. But I do not think this is entirely true. The blended version with quality ingredients is at least as good as its shaken counterpart.

It is more a question of personal taste and if you prefer traditional preparation or not. For me -and when using my recipe- the traditional way of blending a Piña Colada still delivers the best results. The floats look nicer, the texture is icier, and the consistency simply is more to my liking.

The crucial part good of making a good Piña Colada is selecting the right ingredients. That means fresh and quality products and choosing the right coconut product. Basically, the secret element of a quality Piña Colada is cream of coconut. And no, this is not coconut cream, like I explained in another article. Check out the cream of coconut vs. coconut cream article dedicated to their differences.

For the other ingredients, I recommend buying them fresh and prepare them properly. You will need fresh lime, fresh pineapple, light Rum, and an aged dark Rum.

Do I really need cream of coconut for a Piña Colada?

Yes, you do. Once again, the cream of coconut is essential. And you can't substitute it with coconut cream or coconut milk. If you cannot get it in your local supermarket, here is a recipe to make cream of coconut at home. The homemade version is usually even better than the one you buy in the supermarket. So even if you can buy some, you should still try out making your own cream of coconut with the help of this recipe.

What does Piña Colada mean in English?

The term Piña Colada more or less translates "strained pineapple". Piña is the Spanish word for pineapple, and "colada" translates to strained or washed. The term refers to the main ingredient and taste of the cocktail dominated by the fresh pineapple.

I already highlighted some key aspects of this cocktail and I will add some small tricks before we get to the recipe. The recipe asks for pineapple juice as well as frozen pineapple chunks. You'll get the best results if you buy fresh pineapple and prepare both parts yourself. Make some chunks and store them in the freezer until it's time to get them in the blender. And use the remaining bits of pineapple to make enough freshly squeezed pineapple juice.

It is important to cut the frozen pineapple parts small enough before freezing them. I've seen quite some struggles with huge frozen pineapple chunks that won't mix. You definitely want to avoid that when you are about to mix up this delicious cocktail.

You are into Tiki Cocktails? How about the Zombie or the Mai Tai?