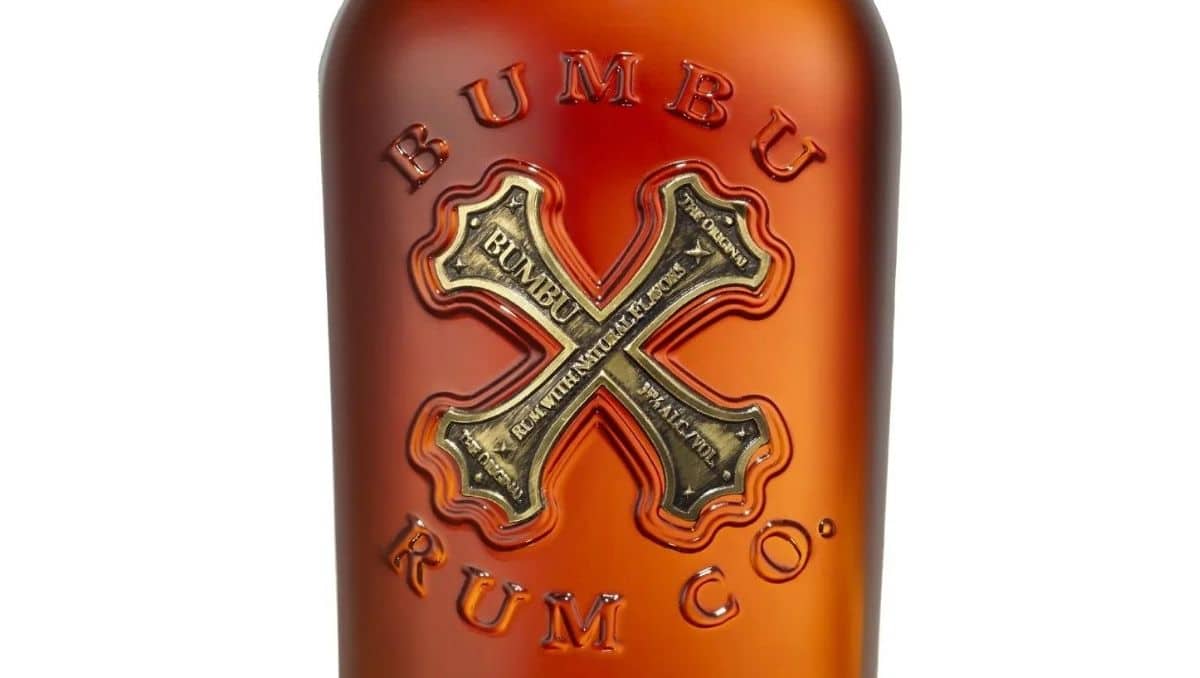 Bumbu Original is a Spiced Rum with a distinctive flavor profile. A beautiful blend of Rum from Barbados and a selection of spices that create a rich, sweet, and spicy taste.

Bumbu Rum is a fabulous take on a Spiced Rum. While most Spiced Rums taste more or less the same, this one goes a different route. The selection of spices and warm notes of vanilla, banana, and molasses make this Rum special. Particularly for non-Rum drinkers, the original is a perfect serve. It's easy to sip, not too harsh, and complex in taste.

But before I go into further detail, I must mention that this is a sweetened Rum. If you're a seasoned Rum drinker and prefer unsweetened Rum, Bumbu Original possibly will be too sweet. If you're open to it, give it a chance. The unique selection of spices and complex flavors is worth a try.

The term Bumbu is Indonesian and translates to "Spice". And the spices used in this Rum result in something extraordinary. But spices are not the only additional ingredient. The sweet taste and fruity flavors suggest that there's quite some sweetening going on. But let's start with the basics.

Bumbu Rum is a Bajan Spiced Rum with a sugar cane base, distilled in Barbados. And the sugar cane used is harvested all over Latin America. The different minerals this sugar cane and the terroir it grows on contains will ultimately affect the taste of the distilled Rum. Therefore, the distillers carefully selected a mix from various countries in Central and South America.

Another vital element of Barbadian Rum is the water used in the products. This exceptional water gets naturally purified by limestones. The third and most characteristic element of the Spiced Rum is a secret. Bumbu does not reveal what spices go into the recipe. But what we do know is that it's not the usual suspects.

The Rum is distilled in Barbados and parts of the blend age for up to 15 years in Bourbon casks. The major share of the final blend is a lot younger, though.

The Taste of Bumbu Original

Before tasting, you will smell an unusual and warm aroma of vanilla, caramel, banana, toffee, and a hint of cinnamon. And also the taste is quite sweet. The intense notes of caramel are a sign of added sugar, but there is more than just that. On tasting, notes of ripe banana, vanilla, almonds, and even hints of coconut are detectable.

With the 35% ABV version, you'll hardly get any harsh alcohol notes. It's more like sipping a strong liqueur - and in a good way. The finish pairs sweetness with some spicy notes and pepper -it's smooth, sweet, and surprisingly light.

Bumbu Original is only one of three products the brand currently sells. One is a rich and sweet Rum liqueur called Bumbu Crème (15% ABV), and the other is a premium Rum called Bumbu XO. Bumbu XO is not distilled in Barbados but in Panama. It's advertised as an 18-year-old Rum aged in ex-Bourbon barrels and then finished in white oak sherry casks.

Bumbu XO gets bottled at 40% ABV and is a totally different product than Bumbu Original. It's much drier and doesn't have that typical banana flavor. Instead, you'll taste oak, spices, ginger, and hints of cinnamon - definitely a more typical Rum than the original version.

Why is Bumbu Rum so good?

The sweetness and lack of harsh alcohol notes make Bumbu so easy to sip. Instead of the typical spiced Rum notes, you'll get a richer, more fruity taste of bananas, vanilla, caramel, and almonds.

Is Bumbu Rum a sipping Rum?

Bumbu is a great sipping Rum for beginners. The sweetness combined with a pleasant taste of banana and caramel is something for people who otherwise aren't that much into Rum. However, Rum lovers might find it too sweet.

Why is Bumbu Rum so sweet?

Artificial sweetening makes Bumbu Rum more of a Rum liqueur than a genuine Rum. Technically it's a Rum-based spirit as it only clocks in at 35% ABV.

Yes, Bumbu does have a strong banana flavor and scent to it. Besides banana, other flavors like vanilla, caramel, almonds, and coconut are present.

How much is a bottle of Bumbu?

What is the best way to drink Bumbu Rum?

The best way to drink Bumbu is straight on the rocks. It's too sweet in a typical Rum & Coke, and it's hard to balance it in cocktails without losing its characteristic taste.