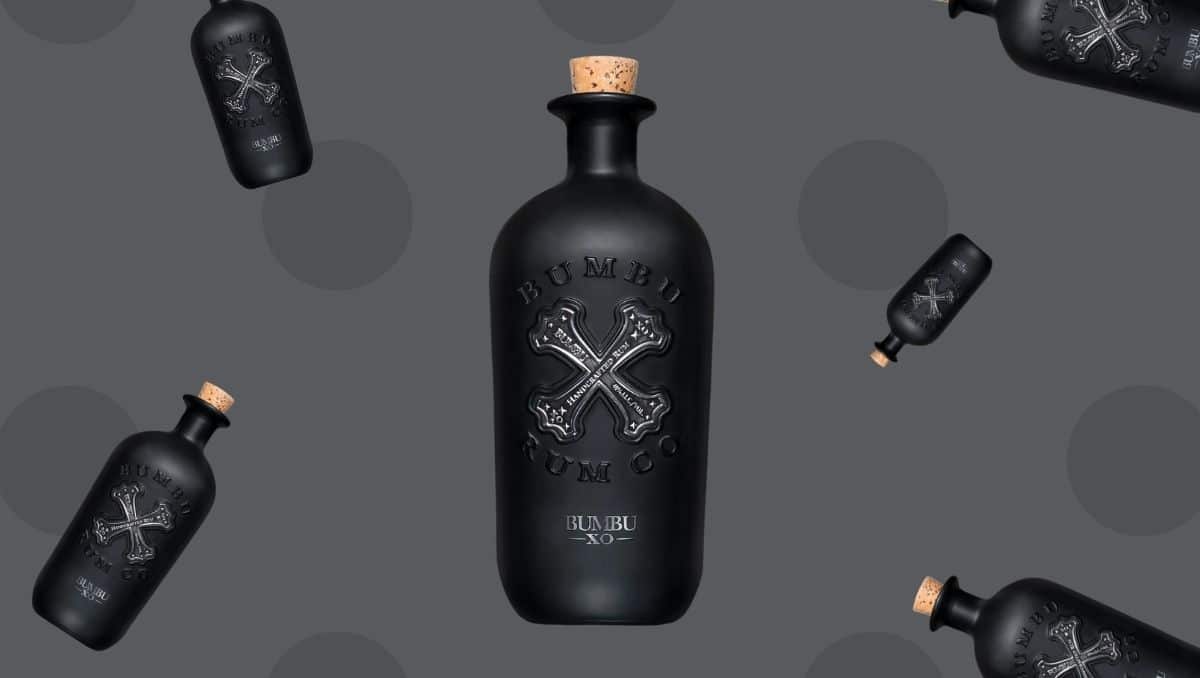 Bumbu XO is the new premium release from the makers of the popular Bumbu Rum. Distilled in Panama and aged 18 years, this release is less sweet and even better balanced than the regular version.

Bumbu XO is a smooth, rich, and beautifully crafted Rum. Its predecessor, Bumbu The Original Rum, was already a bestseller. Yet, among true connoisseurs, it was also one of the most criticized Rums.

The reason is simple. The original Bumbu version has a low alcohol content and contains a lot of sugar. An ABV of 35% made it more of a Rum liqueur than a traditional Rum. The sweet taste and intense flavors of vanilla and banana emphasize this even more.

But back to the premium XO version, which is not distilled in Barbados but in Panama and stored for up to 18 years in former Bourbon barrels.

This premium version is a little more expensive and has a much lower sugar content. The alcohol content is also higher and provides a better balance of the Rum. -A completely different product than Bumbu The Original, but in a good way.

Bumbu XO is a blend of Rums aged up to 18 years in former Bourbon barrels. When looking only at the age of this Rum blend, the pricing is very competitive.

However, by looking at the quantity produced per year, it becomes apparent that the proportion of 18-year-old Rum cannot be too high. But even then, $40 is fair.

While the original Bumbu comes from Barbados, Bumbu XO is produced at Don Jose Distillery in Panama. The distilled product ages in Bourbon casks for most of this time. And in a final step, the Rum is refined by aging in Spanish White Oak Sherry Casks.

The presentation is as impressive as with Bumbu Original. Maybe even a little more elegant, thanks to the matte black finish. Also, the metal cross looks slightly better than on the original bottling.

The rest of the bottle remains the same. And appearance isn't everything, and Rum is primarily about taste. And clearly, the taste is more mature than that of the original.

When poured into a glass, the Rum reveals its dark mahogany color. The smell is quite pleasant and atypical for a Rum.

Notes of orange, cinnamon, ginger, and nutmeg dominate, and a light oak aroma is present. The Sherry cask finish is also quite pronounced, and the Rum contains strong notes of roasted nuts.

When sipping, the oak notes get more intense. And the spicy flavors of ginger and cinnamon are paired with a slight sweetness. Overall, Bumbu XO is far less sugary than the original expression than Bumbu the Original.

Once the spicy notes disappear, coffee and orange dominate the taste. The finish is pretty short and sweet. It's hard to describe but reminds one of marmalade with hints of cinnamon.

Compared to Bumbu The Original, the taste is entirely different. That also means diehard Bumbu Rum fans might be disappointed by this XO version simply because it lacks that characteristic sweetness.

If you're new to Bumbu Rum, try them one by one to discover the differences between bot spirits and find your favorite.

Like other aged Rums, Bumbu XO is great for sipping neat or on ice. You can enjoy the complexity and taste the notes from the Sherry cask finish.

But the notes of oak, vanilla, and spices make Bumbu XO an excellent choice for Rum cocktails, too. Try it in a classic Rum & Coke or a Rum-based Old Fashioned cocktail.

What is the difference between Bumbu and Bumbu XO?

Bumbu and Bumbu XO are two completely different products. Bumbu XO is distilled in Panama instead of Barbados, contains more alcohol (40% ABV to 35% ABV), is aged longer (18 years instead of 15), and is a lot drier than the sweet Bumbu Rum.

What does XO mean in Rum?

XO stands for extra old. In the case of Bumbu, the XO refers to the longer storage time of up to 18 years.

How strong is Bumbu XO?

Bumbu XO is a full-strength Rum. It contains 40% alcohol by volume (80 proof). That's more than the original Bumbu Rum, which has an alcohol content of 35%.