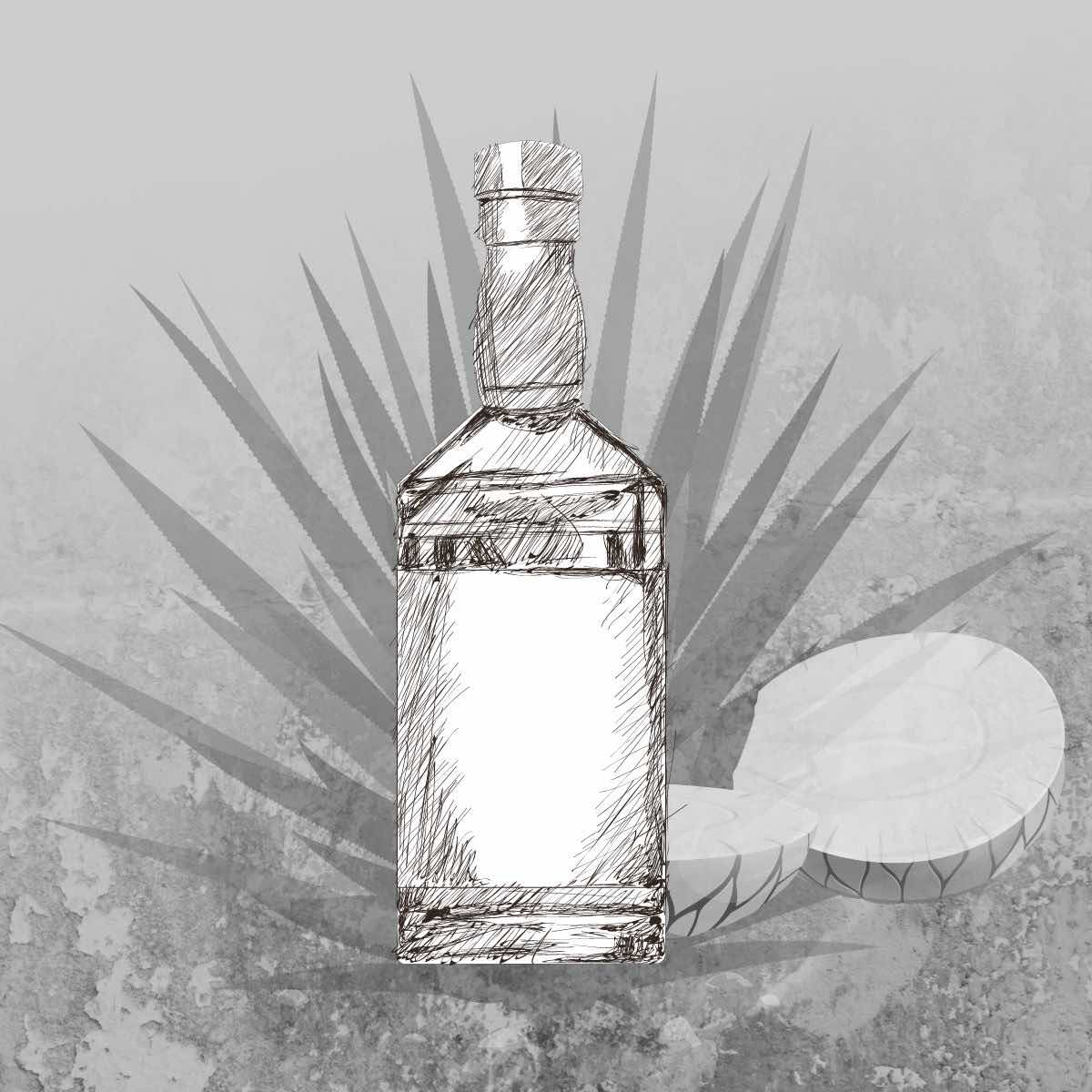 A complete guide to Mezcal

Here is everything you need to know about Mezcal, the smoky Mexican spirit that recently started to conquer the US and now the rest of the world.

Ten years ago, only a few people outside of Mexico had heard of Mezcal. Tequila, yes. But other spirits coming from Mexico? No, not really. But in the early 2010s, that started to change. Suddenly, awareness of the smoky agave spirit spilled across the border into the US. Now, fast forward ten years, Mezcal is seemingly everywhere. It's still not as well-known as Tequila, of course, but if you're frequenting cocktail bars on a more or less regular basis, you surely came across Mezcal already.

Mezcal is a spirit made from charred agave plants. And it is kind of the family name of a number of agave spirits of Mexican origin, with the most prominent among them being Tequila.

But even though Tequila is a type of Mezcal, when ordering a Mezcal in a bar, no one ever will serve you a Tequila. You get something that's way smokier and earthy in flavor. So again, technically that means, two things: first, Mezcal describes a group of Mexican spirits. And second, it is treated as an autonomous member of said category.

The word Mezcal itself derives from the Aztecan language Nahuatl and is a combination of the terms mexicalli metl and ixcalli, which translates to oven-cooked agave. And that's a pretty adequate description.

How does Mezcal taste?

Like the Aztec language so precisely describes it, Mezcal tastes like roasted agave. It has a quite a smoky flavor, which could be pretty surprising, should you never have tried the Mexican spirit before. The level of smokiness in some Mezcal certainly isn't for everyone. But there are products available where the smoke is not overly present.

The general concept is comparable to that of peated Scotch. But the underlying flavors are very different, of course, and more similar to Tequila. So, besides its main and outstanding characteristic, Mezcal usually has a herbaceous, vegetal, earthy flavor.

If you are not sure now if Mezcal is something for you, remember, they come in different levels of smokiness. If you're in a bar and want to try one, but are unsure, ask for a milder version first. And make sure to get worm salt and orange along with it. That's the proper way to drink Mezcal.

How is Mezcal made?

Mezcal can be made from a whole variety of agave plants, unlike Tequila, for which only the Blue Weber Agave is allowed. And depending on the species and where the plant grows, the character and flavor profile of the resulting Mezcal will turn out.

First, one should know that agave plants can take up to 30 years to mature. And once the person in charge deems them ripe, they are hand-harvested. -Sounds not too complicated, one could think. But agave takes forever to mature, and once ripened, it quickly starts to bloom. And an agave in full bloom is unsuitable for Mezcal production. So, there's a lot of expertise required. Otherwise, years of work could be wasted.

How the smoke gets into the Mezcal

Once the plants are ripe, farmers chop off the strong leaves with the help of machetes and extract the hearts (piñas) from the earth.

They then throw the piñas into a pit with a fire and hot rocks below, cover them with soil and/or banana leaves, and let them roast for anything from a few days up to a couple of weeks.

This process is responsible for the distinct smoky flavor that made Mezcal popular beyond Mexico.And every brand and every Mezcalero - the person in charge of production- have their own techniques for charring the agave.

Once the charring is done, the roasted piñas get crushed by a large stone wheel, traditionally pulled by a bull.

However, with an increasing production volume, producers started to switch from bulls to machines. And who can blame them? with the rapidly rising demand for Mezcal, there's no way around replacing humans and animals with mechanical tools. Plus, with machines operating the wheel, the question of animal cruelty is also resolved.

How the agave piña becomes Mezcal

The mashed agave hearts are filled into barrels to ferment for a number of days - the exact time depends on environmental conditions and the desired outcome. And that outcome is a milky, white alcoholic juice called pulque. The pulque then gets distilled at least twice, as required by law, and sometimes even three times. And then you finally have a Mezcal with an ABV of 40% or more.

By the way, traditional producers usually bottle the Mezcal at the ABV with which it comes out of the still. They don't water it down exactly to a pre-decided proof. But naturally, bigger brands have stricter regulations and want their product to be consistent.

As mentioned above, Mezcal derives from the Aztecan words mexicalli metl and ixcalli and means oven-cooked agave. And legend has it that an agave plant was struck by lightning and caught fire. That cooked the heart of the plant and released the precious juice. That is also why Mexicans praise the liquid as "the spirit of the Gods".

However, the reality is less romantic. Spanish conquerors brought the technique of distilling into the country in the 1500s. And before distillation became a thing, Mexican cultures already used agave for all sorts of things: they made clothes, building materials, paper, and even tools from the robust leaves and used the juice from the piñas for cooking. And they also made pulque, an alcoholic drink made from fermented agave juice. This beer-like drink was available mainly to the upper classes and reserved for spiritual ceremonies.

But when the Spanish arrived, they quickly ran out of their aguardiente supplies. And soon, they had to look for a replacement and discovered the juice from the agave plants. And only 400 years later, it is so popular that even celebrities release their own Mezcal. The two most famous ones are Dos Hombres Mezcal and Casamigos.

Denomination of Origin: Where can Mezcal be produced?

Oaxaca is widely known to be the home of Mezcal. And until today, the state in Southern Mexico is responsible for about 90% of Mezcal production. What, by the way, is a major environmental issue. Especially with the demand for Mezcal continuing to rise.

And the remaining 10% come from Mexico, as well. Because in 1994, Mezcal was granted an international Denomination of Origin (DO). Since then Mezcal had to be from either Oaxaca, Guerrero, Durango, San Luis Potosí or Zacatecas.

In the years that followed, four more Mexican states joined this list of approved states: Tamaulipas, Puebla, Michoacán, and Guanajuato. But unlike the initial five states, not 100% of their territories are deemed sufficient for Mezcal production. Only some municipalities qualified.

Mezcal can be classified into aging times, the diverse agave plants used, and different production methods.

For the aging times, there are the following four categories:

As for the agave plants, about 50 out of more than 200 species are officially approved for Mezcal production. And by far the most common is the Espadín agave. It produces almost 85% of all Mezcal on the market. Another popular, very hard to grow and harvest and therefore expensive one is Tobalà.

The different production methods are called Mezcal, Mezcal Artesanal, and Mezcal Ancestral, with the first being the most modern, industrial one. Mezcal Ancestral refers to 100% traditionally produced Mezcal. And consequently, Artesanal ranges in between.

If you want to know more and learn some details on the topic, you can do so in this article about the different types of Mezcal.

Because Mezcal has such a distinct flavor, it is a brilliant ingredient for cocktails. That is also a nice way to enjoy your Mezcal when you kind of like some smokiness in your drink but don't want it to be too overpowering.

The default way of incorporating it is to substitute it for Tequila in drinks like the Margarita or the Paloma. But you can also be a bit more creative and turn a Negroni into a bitter-sweet-smoky burst of flavor. Or it also works well with ginger beer in a Mezcal Mule. For more ideas, check out our 7 favorite Mezcal cocktails.

And if you are unsure which Mezcals to use, which ones are good for people new to the spirit, which have less and which more smokiness, here are some Mezcal recommendations.