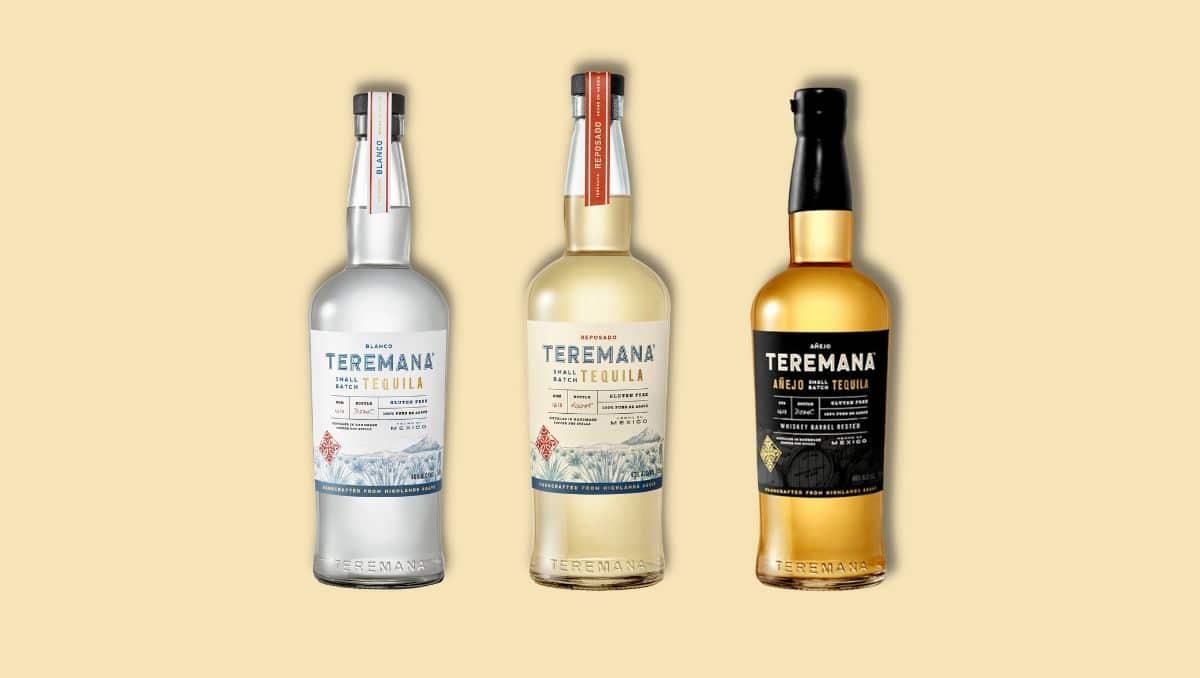 Teremana Tequila is a small batch agave spirit made in Jalisco. It's famous for its founder Dwayne "The Rock" Johnson, and it is available in three expressions: Blanco, Reposado, and Añejo.

In the last few years, multiple celebrities launched their own Tequila brands. Dwayne Johnson's Teremana Tequila is probably the most famous one of them. Released in March 2020, the brand sold 300,000 cases by the end of that same year. A respectable number for a newcomer.

To put things a little into perspective, 2020 was a record-breaking year. The US imported 254 million liters of Tequila. More than ever before. And Teremana accounted for a whopping 1 percent of that. -As a new brand in only nine months.

The brand started with only two expressions: A classic unaged Blanco Tequila that's great for Margaritas and a Reposado aged in American Whiskey barrels. Lately, Teremana also released a premium Añejo Tequila that's aged for up to two years. Read more about the three expressions and check the answers to your questions in our FAQ section about Teremana Tequila below.

Sustainability is a big topic in the modern world. And Teremana, too, takes sustainability seriously and turns all leftover agave fibers into natural fertilizer. Water filtration systems make sure to re-use wastewater from the production process. Combined with the traditional production processes, that underlines Teremana wants to act as a role model in the Tequila industry.

The different types of Teremana

The brand name Teremana stands for Spirit of the Earth. It's derived from the Latin word terra, meaning earth, and the Polynesian word Mana standing for spirit. The second part of the name hints at Johnson's Polynesian heritage.

Teremana Tequila, like all other types of Tequila, is made of Blue Weber Highlands Agave - also called agave tequilana. The agave hearts are cooked and roasted in a brick oven before the distillation. All Tequilas by Teremana are distilled in a copper pot still designed and produced by local artisans.

Tequila made by Teremana contains 40% ABV (80 proof) and 0g of sugar and carbs. They're all also certified as gluten-free.

Teremana's Blanco Tequila has some intense and dominant notes of cooked agave. It's a bright and crisp spirit that offers an old-school flavor profile. Opinions about this Tequila are divided. And although clearly, it is not the best Blanco Tequila on the market, Teremana Blanco is still high-quality alcohol.

It's not an ideal sipper but an excellent choice for making Margaritas or other cocktails with it. It's certainly worth a try if you have the chance to test it. As you know, palates are different, and this Blanco deserves its space in the Tequila market.

The Reposado expression still offers aromas of cooked agave with more pronounced vanilla notes. Nutmeg, spices, almond, and vanilla take over the taste buds and overlay the agave flavor. While the Blanco version tastes more or less traditional, the Reposado is a tad bit too sweet while still carrying harsh alcohol notes.

Compared to the Blanco version, I wouldn't recommend the Reposado. Added sweeteners and vanilla try to cover up the sharp bite from alcohol. But unfortunately, these aromas come across as artificial. And yet, the final result still is too heavy on the alcohol notes.

The Añejo expression is the latest release from Teremana. It has a rich and warm aroma with notes of oak, vanilla, and caramel. However, like with the Reposado, those notes come across as artificial. They're too strong and intense to come from the barrel and will leave Tequila lovers dissatisfied.

Tequila newbies might like the added sweetness. But if you're serious about your Tequila, especially Añejos or Extra Añejos, the Teremana falls a bit short.

Teremana Tequila is a genuine small-batch Tequila sold at a below-average price point. The Blanco Tequila is of high quality. However, in my opinion, Reposado and Añejo fall short.

How expensive is Teremana Tequila?

The suggested retail price for the Teremana Blanco is $29.99. The Reposado sells at $32.99. Both prices are more than fair and are below the average market prices.

Teremana sells traditionally made Tequila from Agave Tequilana in Jalisco, Mexico. It's made with traditional methods and distilled in an artisanal copper pot still.

Is Teremana a sipping Tequila?

Teremana's Tequilas are not ideal for sipping. But you can serve it as a shot or use it in traditional cocktails like the Margarita or Paloma.

Teremana Tequila is made by Siete Bucks Spirits managed and founded by Dwayne Johnson and Dany Garcia. Other business partners involved are Ken Austin and Jenna Fagnan.

When did Teremana Tequila come out?

Launched in March 2020, Teremana first released two expressions: Blanco and Reposado. In 2021 the Añejo Tequila was released as the third product of Teremana.

What proof is Teremana Tequila?

Teremana Blanco is of higher quality compared to Teremana Reposado. Artificially sweet vanilla notes in the Reposado expression make it less enjoyable, both neat and as a mixer.