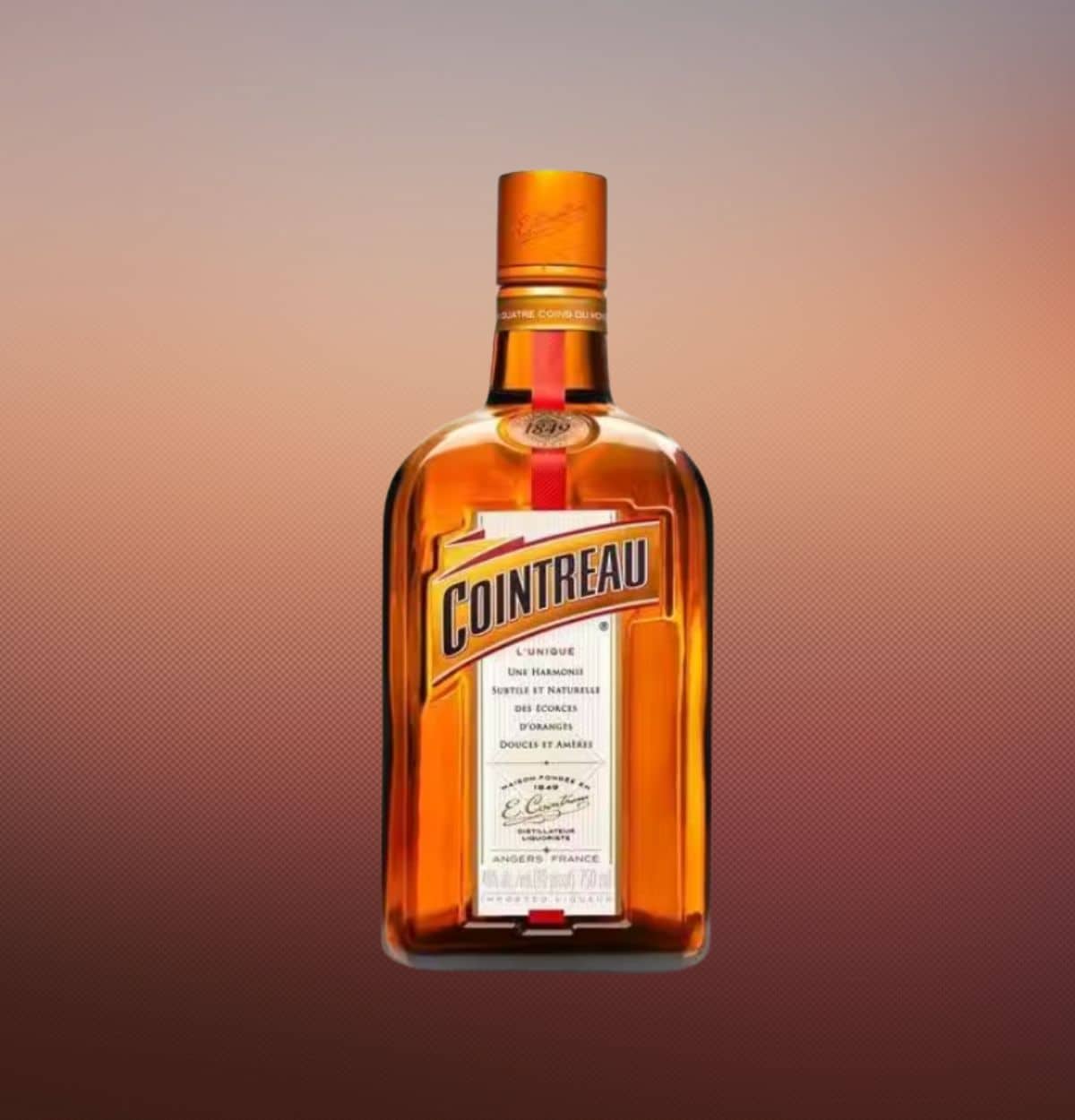 Cointreau is the bestselling Triple Sec worldwide. The premium orange liqueur from France is a staple in every bar. But it's also a little pricey. So, what are the best budget-friendly substitutes for Cointreau?

Are you looking for possible options you can use as Cointreau substitutes in cocktails? Then you came to the right place.

Since it entered the market in the late 1800s, the French dry orange liqueur has quickly evolved into an essential ingredient in modern mixology. No wonder it comes with a matching price tag, making one look for affordable alternatives.

Or you can't get it in your local supermarket and wonder what might work best as a substitute for Cointreau? Then you can check the shelves for other Triple Sec.

I want to explain really quickly what Cointreau is to give you a better understanding of what may and what may not work as an alternative.

Cointreau is a high-quality, triple-distilled, dry, colorless orange liqueur with an ABV of 40%, which is pretty high for liqueurs. And it is not as sweet as other fruit liqueurs. Quite the contrary, it is very low in sugar.

Its intense citrus flavor comes from the essential oils in the skin of bitter oranges.

If you want to read more about Cointreau and its history, you can find everything you need to know here.

The difference between Cointreau and other Triple Sec?

Now you might think that substituting Cointreau would be easy. Just take another Triple Sec, and there you go.

Often this works, but it's not always that straightforward. The term Triple Sec is only loosely regulated and comprises all kinds of orange liqueurs.

So, when grabbing the second-best Triple Sec in the supermarket, you might end up with something sweet and colorful, with an ABV well below 20%. -Less than half of what Cointreau contains. Like I said, this works in many cases, but in some, it's not ideal.

First, I want to mention that Cointreau is well worth its money. You will have trouble finding something with an equally orange-forward yet smooth and well-balanced flavor profile.

But sometimes, it is unavailable or too expensive for what you had planned to spend. Then, there are three things the best alternatives to Cointreau should fulfill: they should be colorless, high-proof, and have an intense citrus flavor.

So, here are the three best Triple Sec substitutes for Cointreau that fulfilling these criteria:

The French brand Combier deserves the top spot on this short list. It is a fantastic Triple Sec and the liqueur that started it all. -Combier is the world's very first Triple Sec and clocks in at 40%.

It's only a little less expensive than Cointreau, but it is equally good, and you still save a couple of $$.

Le Favori is another French brand and a worthy budget version of Cointreau. It's not as smooth, but at 40% vol., it works a treat in Triple Sec cocktails for a fraction of the price.

Like Tito's Handmade Vodka, the lady behind Paula's Texas Orange decided on corn as a base for their Triple Sec.

Paula Angerstein is the second person - Tito was first- and the first woman to have gotten a distilling license in Texas. And she uses it well. At 40% ABV, this Triple Sec is a great alternative to Cointreau.

Is Curaçao a good substitute for Cointreau?

Curaçao is another type of orange liqueur and the forerunner of Triple Sec. It's also flavored with the peels of bitter oranges growing on the island of Curaçao - hence, the name.

This liqueur is mainly known for its blue version, Blue Curaçao. It is used in iconic drinks like the Swimming Pool or the Blue Lagoon.

Curaçao is not always blue, though. It can be orange, green, red, and also clear. And these colorless versions sometimes can work as a substitute for Cointreau - depending on your intentions.

However, I cannot give the general recommendation to replace Cointreau with Curaçao. The flavors already vary a lot within the category, and there's definitely a notable difference between Cointreau and Curaçao.

For a more thorough comparison, read the article about Triple Sec vs. Curaçao.

Is Grand Marnier a good substitute for Cointreau?

Regular Grand Marnier - officially Grand Marnier Cordon Rouge- is a category of its own, as it is based on Cognac and not on sugar beet like Triple Sec.

The flavor of Grand Marnier Cordon Rouge is more complex, and notes of vanilla and toffee shine through. Also, the color is deep amber which won't work well with some cocktail recipes.

So, depending on what you plan to do with it, Grand Marnier Cordon Rouge might be a valid option. To learn more, read this comparison of Cointreau and Grand Marnier.

There's also a clear version called Grand Marnier Cordon Jaune, a regular, see-through Triple Sec without the addition of Cognac. That works perfectly as a substitute for Cointreau.

Yet, neither of the two is usually more affordable or easier to get than Cointreau.