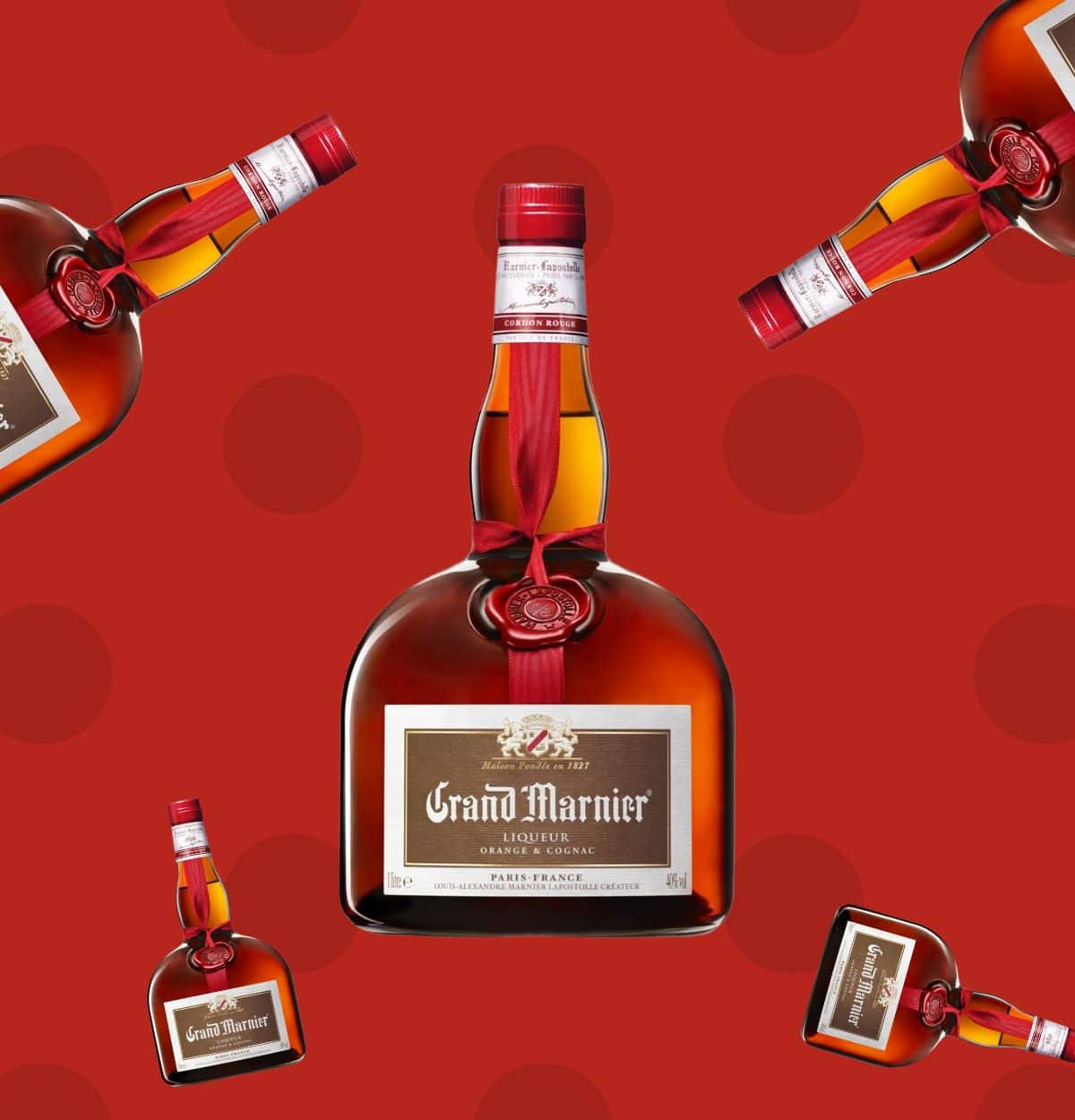 Grand Marnier, or Grand Marnier Cordon Rouge, to be precise, is a French liqueur made from Cognac with an intense orange flavor. It's a popular digestif and a beautiful ingredient for cocktails.

Grand Marnier Cordon Rouge is a premium Triple Sec that was created in the 1880s in France.

It's very famous for its use in Crêpes Suzette, an absolutely sensational French dessert. But beyond that, it's a fantastic digestif and a beautiful ingredient for mixed drinks that call for an intense but not sweet orange flavor.

What is Grand Marnier?

Grand Marnier is the name of a French brand that produces liqueurs. One of these liqueurs is the Grand Marnier Cordon Rouge, their bestselling and best-known product.

So usually, when people talk about Grand Marnier, they actually refer to the Cordon Rouge, not the brand.

Having cleared that up, Grand Marnier Cordon Rouge is a Cognac-based liqueur flavored with the essential oils in the peels of bitter oranges. The liqueur is low in sugar but high-proof with 40% ABV.

Grand Marnier is not a traditional Triple Sec like Cointreau. It is more of a mixture of Triple Sec and Cognac made in the fashion of a Curaçao.

Sounds complicated, right? And, indeed, it is a little confusing. All of the above are bitter orange liqueurs, yet each has a distinct flavor profile.

Grand Marnier stands out in particular because of its full-bodied Cognac base (51% of the liqueur is aged Cognac) and amber color.

If you want to know more about the different types of orange liqueur, read these articles about Triple Sec and Curaçao and Grand Manier vs. Cointreau.

How does Grand Marnier taste?

Grand Marnier has a unique flavor profile. Alongside the intense and bitter orange flavor, you can find hints of vanilla, toffee, and hazelnuts. It has a long finish with a subtle note of orange marmalade.

Overall, the taste of Grand Marnier Cordon Rouge is quite complex and rich, thanks to its Cognac base.

The story of Grand Marnier began in 1827 when Jean Baptiste Lapostolle founded a distillery in a small village called Neauphle-le-Château, located just outside Paris.

The Maison Marnier Lapostolle was born, and with it, the idea to make orange-flavored liqueur with Cognac. And not just any orange liqueur but one from the green, bitter oranges used for Curaçao.

The product was released in 1880 and named Marnier Curaçao. But in the same year, he changed to Grand Marnier to literally make it sound grander. That, by the way, also shows that Grand Marnier Cordon Rouge is not a Triple Sec.

Until today, the recipe for Grand Marnier remains unchanged. However, the name was extended by the term Cordon Rouge (Red ribbon) when other types of Grand Marnier followed, like the Cordon Jaune.

In case you now want to try the Cordon Jaune (Yellow ribbon) version, I must disappoint you, though. When the Campari Group took over the Maison Grand Marnier in 2017, the Cordon Jaune was discontinued.

Grand Marnier is a popular ingredient for mixed drinks. And the first drink that I want to mention is the Moonwalk Cocktail.

The mix of Grand Marnier, champagne, grapefruit bitters, sugar, and orange flower water was created by Joe Gilmore to honor the moon landing of Apollo 11 in 1969.

Another drink that usually contains Grand Marnier is the famous Singapore Sling, a deliciously complex drink with a long list of ingredients.

Also, Grand Marnier can be used as a substitute in cocktail recipes that ask for Triple Sec. Some examples are the Sidecar Cocktail, the Between the Sheets, or the Margarita. But be aware that the taste will turn out slightly different.