The Tuxedo Cocktail is an elegant and complex drink with a slight orange shade, composed of Gin, Dry Vermouth, Maraschino Liqueur, Absinthe, and orange bitters.

The original Tuxedo Cocktail has a safe spot on the IBA's official list of unforgettable cocktails. As with the Corpse Revivers, different variations of the Tuxedo have evolved over the years.

Here, we have the original recipe for you, dating back to the late 1800s. Its taste is reminiscent of a semi-dry Martini with an additional layer of flavors from the Maraschino components. And there's also a slight bite from Absinthe and aroma from the bitters.

Ingredients of the Tuxedo Cocktail

The Tuxedo is a beautiful mix of smooth Gin, Dry Vermouth, sweet Maraschino liqueur, Absinthe, and a generous portion of orange bitters - responsible for the drink's orange hue.

Gin for the original Tuxedo cocktail

First, let's look at the base spirit of the cocktail. When you look at the version of the official website of the IBA (International Bartender Association), you can find Old Tom Gin in the list of ingredients.

Old Tom Gin does not have to follow official regulations like other types of Gin do. However, in general, it's a spirit with a subtle sweetness that usually comes from the addition of licorice during distillation.

If you're looking for a recommendation, try Hayman's Old Tom. Should you not have Old Tom handy, Genever is a suitable alternative. And Dry Gin with a splash of simple syrup works, too.

Ultimately, you can always rely on your preferred Gin. If it's not overly extravagant or has an intense and potentially overpowering taste, you cannot go wrong with your favorite.

Vermouth is a style of fortified wine aromatized with various herbs, spices, and botanicals. It's available in two versions. One is dry and white, the other is sweeter and has a red color.

For the Tuxedo cocktail, you need the dry version. It is made from white wine with no added sugar except for that coming of the grapes.

Due to the botanicals and spices used in its production, Dry Vermouth has some citric and herbal notes. Two of my favorite bottles are those from Noilly Prat and Dolin Dry.

Maraschino Liqueur is a clear-colored cherry liqueur made from the so-called Marasca cherry. It has a quite distinct, bittersweet, cherry, almondy taste.

Other renowned products are, for instance, Maraschino liqueur from Fratelli Vergnano or Lazzaroni.

Absinthe probably is the most intriguing ingredient on this list for the Tuxedo cocktail. It was banned in most western countries until the mid-2000 because people believed it would cause hallucinations.

After almost a century, science proved it doesn't. Nonetheless, the Green Fairy never ceased to fascinate people. One dash is enough to give the Tuxedo cocktail this special, boozy kick.

Other cocktails with Absinthe worth trying are the Sazerac or the Monkey Gland.

Bitters are real flavor bombs and come in various aromas and savors. The original recipe for the Tuxedo asks for orange bitters.

Orange bitters bring intense citrus flavors that lift the drink to the next level. Don't get fooled by the small amounts in recipes. These little bottles can do some magic to a cocktail.

If you don't want to spend a fortune on cocktail bitters, get a bottle of Angostura bitters. They are part of many recipes and essential in every home bar. You can also use them for the Tuxedo instead or in addition to the orange bitters.

Garnish for the Tuxedo cocktail

The classic garnish for the original Tuxedo cocktail is a Maraschino cherry with a lemon peel skewered together on a cocktail pick.

Don't mistake Maraschino cherries for the artificially red, candy-like cocktail cherries you often see in cheap cocktails. Those are not the real deal.

Genuine Maraschino cherries have a sweet but still natural and slightly almond-like taste. They are intensely aromatic, and when dipped into your drink, they add a beautiful sweetness to it.

If you're looking for a substitute for the pricey fruits, Amarena cherries are a good and more affordable choice. Or you make some Maraschino-style cherries at home.

History of the Tuxedo Cocktail

The Tuxedo cocktail goes back to the 1880s. And the name hasn't been picked randomly. The drink has its origin in the Tuxedo Park in New York. The place where the actual Tuxedo - the tailless menswear- came up.

Tuxedo Park was an early version of a country club. Well-heeled New Yorkers frequented or even moved into the prosperous retort village, where sports and parties were the top priority.

Viscount William Waldorf Astor also had been a so-called Tuxedoite. And it was in his Waldorf Astoria bar where the Tuxedo cocktail made its first appearance.

On a side note: one of the first written down recipes of the Tuxedo in Daly’s Bartenders’ Encyclopedia from 1903 asked for a maple Gin. -It seems like there was a time when this was an actual thing. However, it did not last, so it is Old Tom now.

Variations of this drink

Many refer to the original Tuxedo cocktail as a variation of the classic Martini. Still, it is one of the many classics that, over the years, has acquired a respectable number of new interpretations and riffs.

As with the Corpse Reviver cocktails, the official twists of the cocktail are numbered. Currently, there are five recipes: The original and four more versions, numbered one to four.

Tuxedo Cocktail No 1 - you could expect the No 1 to be the original, but one should interpret the name as the first variation of the original.

It dates back to the early 1900s. Then, it appeared in the famous Savoy Cocktail Book by Harry Craddock. It is a blend of Gin, dry Vermouth, and Absinthe.

Tuxedo Cocktail No 2 - this is another twist on the original from Savoy Cocktail Book. Instead of sweet Gin, it asked for dry Gin, as this had become more fashionable. The remaining ingredients stay the same.

So if you don't have a sweeter Gin on hand and go with Dry Gin, as I suggested above, it would turn your drink into the Tuxedo Cocktail No 2.

Tuxedo Cocktail No 3 - The No 3 variation probably is even older than the first or the second. And it is the first that actually adds an element as it requires an extra dash of Sherry.

Tuxedo Cocktail No 4 - This version is even heavier on the Sherry: It's a mix of 2 parts dry Gin, 1 part Sherry, and a dash of orange bitters. 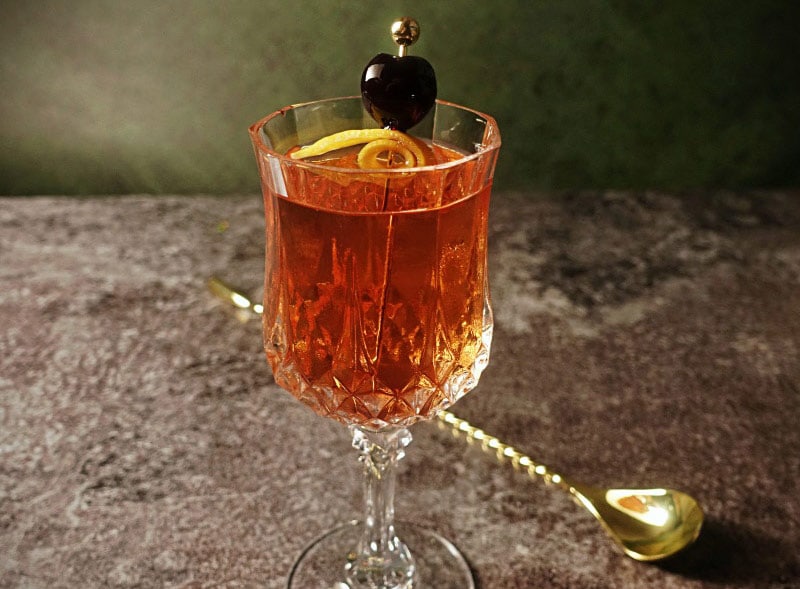