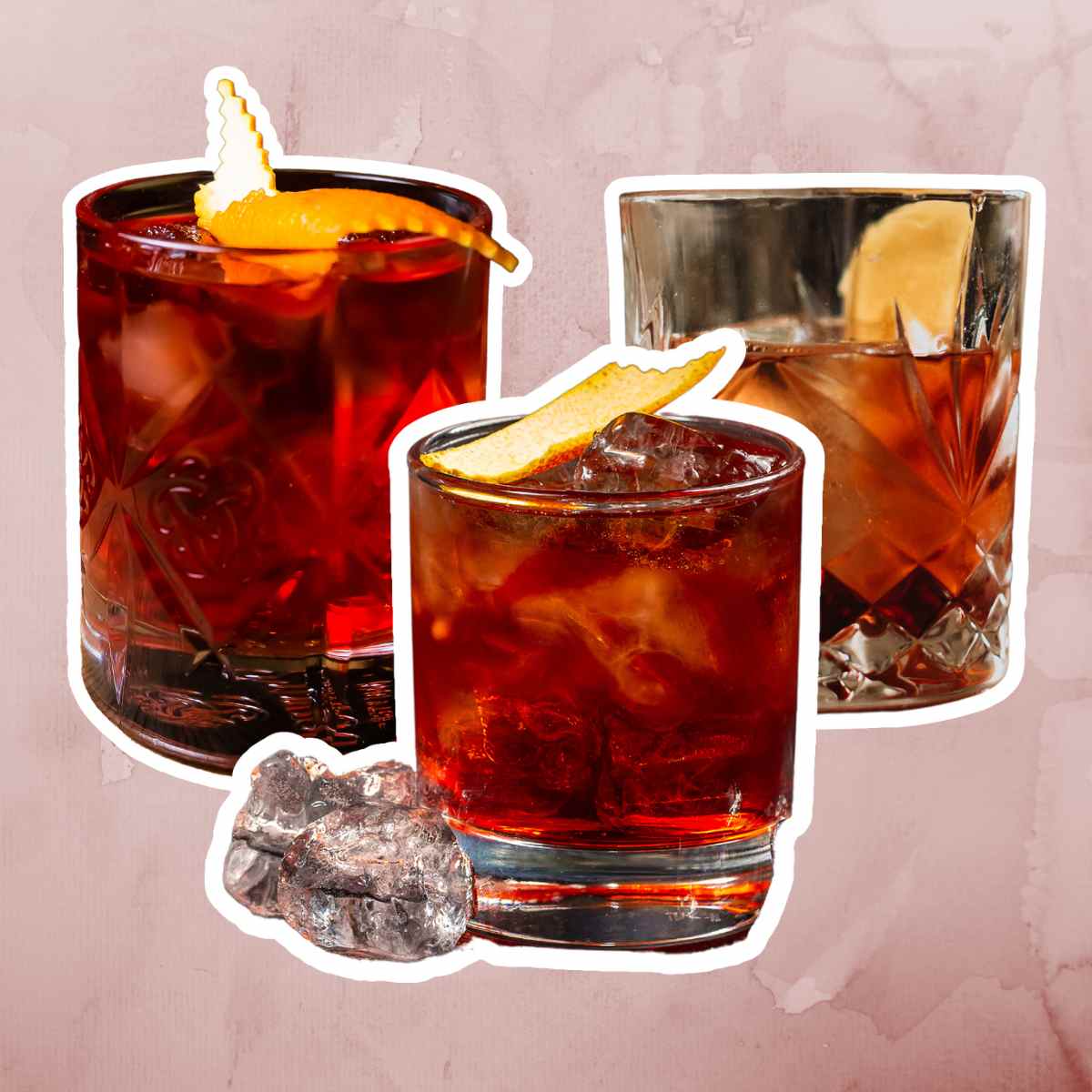 The Negroni cocktail is one of the most popular drinks in the history of bartending. The equal-parts recipe offers plenty of possibilities to create delicious riffs.

The simple recipe template offers plenty of possibilities for Negroni variations. Today, you can find wildly different types of Negroni. Some replace Gin as the base spirit, while others enhance the classic cocktail recipe with additional components and even twists that replace all three ingredients.

Join us on a journey through the recipes of the best Negroni variations.

This "faulty" Negroni is one of the most trending drinks after "House of the Dragon" star Emma D'Arcy admitted that the bubbly variation on the classic Negroni is her favorite cocktail.

In 1972, the drink was invented unintentionally. A bartender working at Bar Basso in Milan added chilled Prosecco instead of Gin to a Negroni. The faux pas also gave the cocktail its name: Sbagliato is the Italian word for mistake.

This wrong version turned out to be quite refreshing and also lower in ABV. It is a beautiful variation for everyone who finds the classic Negroni too strong.

This recipe is one of our favorite Negroni variations ever. First tried at Havana Social in Bangkok, we slightly twisted the recipe to get a perfectly balanced Negroni with a hint of coconut.

The secret of a Coconut Negroni is the addition of Coconut Rum to the list of ingredients. When combined with dried coconut chips, the additional component brings a sweet and tropical touch to the classic recipe.

It's the perfect riff to serve for anyone who never had a Negroni and is not a big fan of bitter notes. The Coconut Rum softens and softens the flavor profile of the cocktail.

Gin, Lillet Blanc, and Suze are the three ingredients you'll need to make a White Negroni. The recipe was invented in 2001 at Vinexpo in Bordeaux by Wayne Collins.

Collins went out to get French alternatives for Campari and Vermouth and came up with Suze, a French gentian liqueur, and Lillet. Similar to the original Negroni, the taste of this riff is bittersweet. But instead of herbal complexity, the White Negroni has a more floral and fruity savor with hints of licorice.

By substituting Gin with Mezcal, you'll get a deliciously complex and smoky version of a Negroni with hints of agave. To make it, you can simply use the measurements from the original.

The Mezcal Negroni recipe first appeared in the mid-2000s, but it's unclear where and who first came up with the twist. Most likely, dozens of bartenders experimented with Mezcal simultaneously when the Mexican agave spirit surged in popularity.

At the same time, other Mezcal-based variations of classic cocktails came up, one of them being the famous Oaxaca Old Fashioned (2007).

The inventor of this famed Bourbon-based Negroni variation is bartending legend Harry MacElhone. In the 1920s, MacElhone replaced Gin with Bourbon and thus created the Boulevardier cocktail.

The rich and sweet taste of Bourbon makes the drink rounder and more of an autumn or winter cocktail. Together with the herbal complexity of Campari and Sweet Vermouth, the Boulevardier is an overall very complex drink.

The cocktail's French-sounding name is due to the fact that MacElhone invented the recipe in Paris. According to legend, the drink is named after a Parisian cultural magazine - The Boulevardier. [1]

Aperol and Campari are two of the most-consumed Amaro liqueurs. Hence, it doesn't come as a surprise that, at one point, a bartender came up with an Aperol-based Negroni twist.

This variation is a lot less herbal and bitter. Instead, Aperol brings in more sweetness and pronounced bitter orange notes. As Aperol contains significantly less alcohol than Campari (11% to 24% ABV), the cocktail is also less boozy.

In addition to Aperol, the recipe also asks for orange bitters, which emphasize the orange flavors of the drink.

The Old Pal cocktail is another Whiskey-based variation. But this twist on the recipe requires not only one but two changes. Rather than Gin, the Old Pal is made with spicy Rye Whiskey, and instead of sweet vermouth, the drink calls for dry.

The resulting drink looks similar to the Boulevardier but has a completely different flavor profile. It's spicy, dry, and has a very complex flavor profile.

Last but not least, here's an alcohol-free take on the Negroni version. Based on Giffards wonderful Sirop Aperitif, a non-alcoholic Gin alternative, and Versin.

After stirring and straining, you get a tasty and complex drink with zero alcohol. A great alternative to a classic Negroni if you want to reduce your alcohol intake during Dry January or Sober October.

Served on the rocks and garnished with an expressed orange peel, this twist is as close to the alcoholic version as it gets.