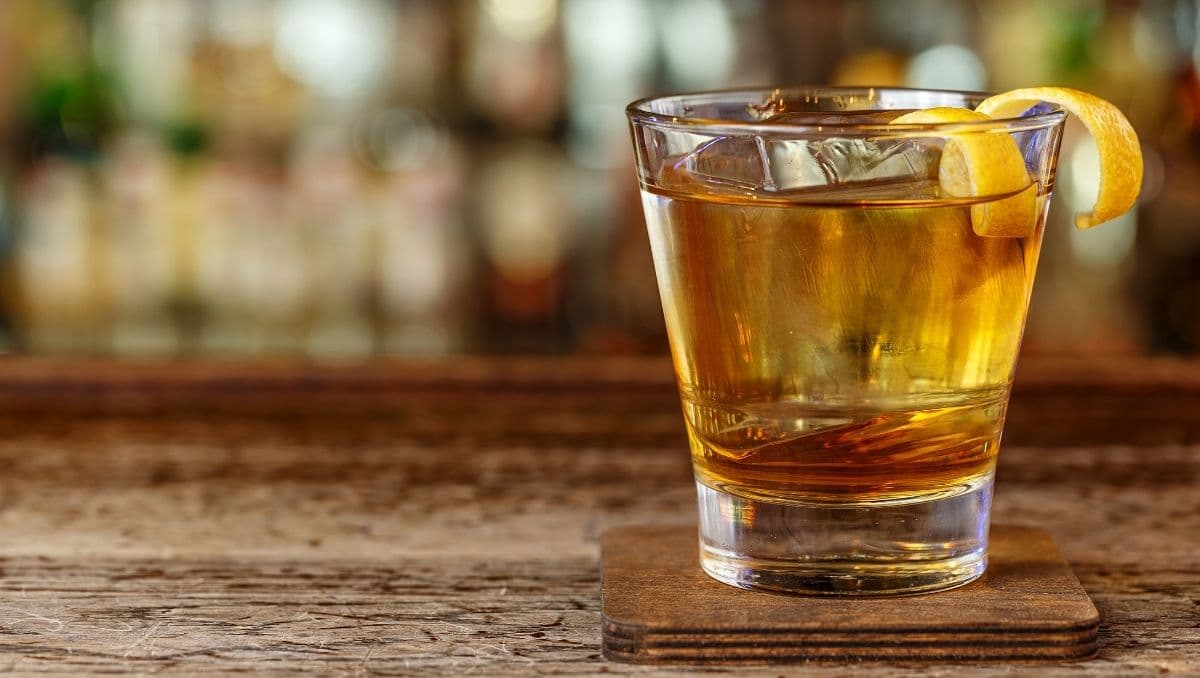 The Rusty Nail is a drink based on Scotch Whiskey that once has been one of the most popular cocktails in the United States. Today, it's a cocktail you can only rarely find on bar menus.

It is a cocktail based on Scotch Whisky mixed with a liqueur based on Scotch, as well. Sounds too one-dimensional? Well, it doesn't necessarily have to be. The Rusty nail is a simple yet elegant mix. A cocktail that was a favorite on bar menus for ages. But time took its toll, and the oh-so-famous Rusty Nail somehow was forgotten.

The key to making the Rusty Nail is a base of fine Scotch Whisky mixed with Drambuie. That is a liqueur named after the Gaelic term for a drink that knows how to satisfy your tastebuds.

But ingredients are not even the first thing that stands out. Above all, that the name draws quite a lot of attention. And so it's no wonder that it was the name that has started the hype about the Rusty Nail. In the 60s, the question "Have you tried a Rusty Nail?" was a frequent phrase in many bars. And, of course, this question makes customers curious. What is it? And how does it taste? Et voila, that was another Rusty Nail ordered.

If you never tasted this concoction, the following is for you. I'll tell you a little more about its history and how you can make this interesting cocktail at home. See, I use the phrase, too. 😉

History of the Rusty Nail

Just as quickly as this cocktail vanished at one point, it had started appearing on bar menus across the country. But little do we know about when exactly it got served for the first time. And things are not getting clearer considering that this drink and its simple recipe were available under quite a large variety of names.

But it is known that since 1937, the drink got served to thirsty customers under the name B.I.F. This early version, B.I.F., is named after the British Industry Fair. Created by F. Benniman, it is supposedly the first and original version of the Rusty Nail.

Later on, names like "D&S" and "Little club #1" were used for the drinks with basically the same recipe. It took until the early 1960s that the Rusty Nail got its iconic name. However, unfortunately, it is not known who had the idea.

Nonetheless, the name stuck. The blend of Scotch and Drambuie finally got a name that's on par with the taste of this delicious sipper.

As the Rusty Nail is a pretty simple two-ingredient cocktail, there is no way to hide. The Scotch should be of high quality as it will ultimately define if the cocktail is a hit or miss. Drambuie, on the other hand, is an absolute must.

Drambuie is probably the most distinguished of all Scotch liqueurs. It shows the perfect amount of sweetness and offers a very complex flavor profile. It's super smooth with notes of slightly spiced honey, anise, orange, and oak.