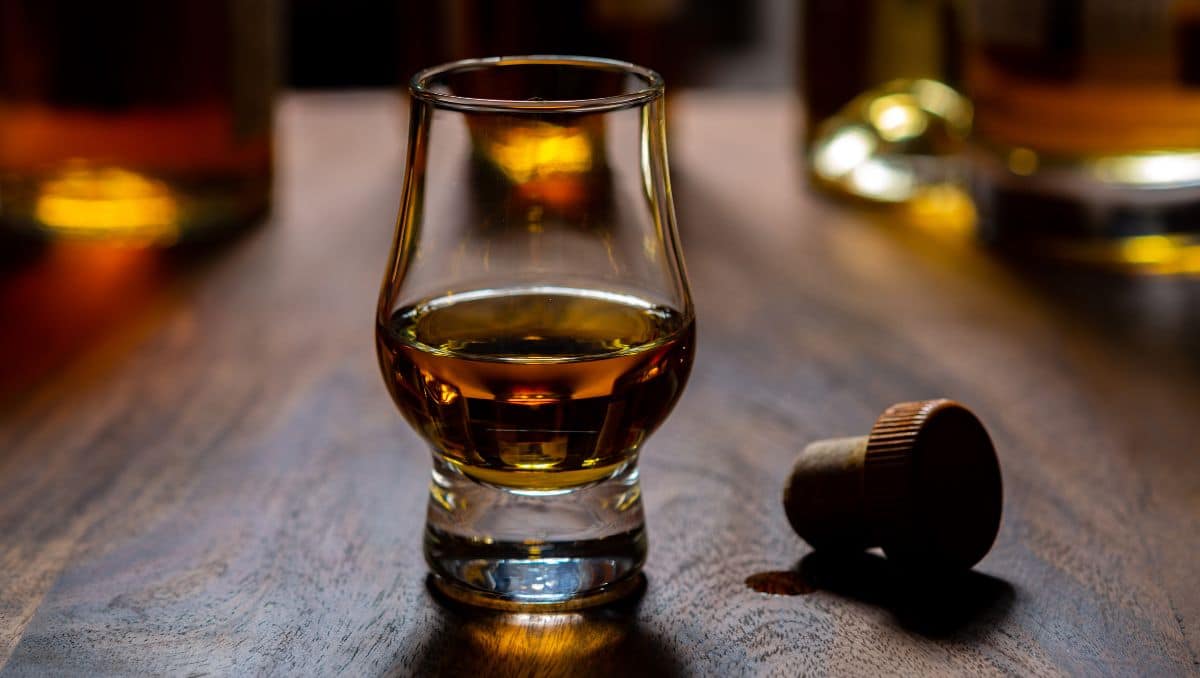 The 5 Different Types of Scotch Whisky

Scotch is a particular kind of Whiskey produced in Scotland. The famous spirit comes in different types, categorized by production, mash bill, and blending type.

There are five different types of Scotch that define how the spirit is distilled, the grains used, and the blend.

Yet, don't confuse these types with the different Scotch regions, which significantly impact the taste of the final product.

However, when you're new to Scotch and looking to buy a quality bottle Single Malt often is the default choice. Although, when asked, most can't explain what Single Malt means.

So, let's change that and see what each of these five different Scotch types means. But first, a quick overview on Scotch in general to level the playing field.

Scotch Whisky is a distilled spirit, often made from malted barley but also from other grains. The grains are fermented with the help of yeast before the resulting mash gets distilled.

To be called a Scotch, the distilled spirit must age for at least three years in oak barrels. It also needs to be produced in one of the five Whiskey regions in Scotland: Speyside, Islay, Highland, Lowland, and Campbeltown.

Another requirement is that the spirit, once bottled, must contain at least 40% ABV. Scotch fresh from the barrels usually holds a lot more alcohol and is watered down in most cases until it reaches an alcohol content of 40% to 45%.

How is Scotch different from other Whiskey?

Since Scotch is a specific Whiskey, it is not actually different but has characteristics that make it unique.

The main aspects of Scotch Whisky are:

If you want more details, read this post on the characteristics of Scotch Whisky.

The Different Types of Scotch

Now, let's look into the five different types of Scotch. The first is the most popular one, the Single Malt Scotch.

A Single Malt Scotch is a premium product. The term Single Malt refers to the fact that Scotch is made from 100% malted barley and distilled in pot stills at one single distillery only.

Single Malt Scotch is considered a high-end Whisky, and bottles of this type are usually some of the pricier options.

You won't find a Single Malt of substandard quality. It comes entirely down to personal taste, which ones you like best.

Single Grain Scotch is not as widespread as Single Malt, and only a few distilleries specialize in producing it. That is because it often is used to make another type of Scotch, the Blended Scotch.

Single Grain Scotch is made from mainly malted barley. However, the mash bill also includes other whole grains as well as malted and unmalted cereals.

Further, just like a Single Malt, it needs to be distilled at one distillery - that's what Single indicates. Yet, instead of pot stills, producers usually use column stills for Single Grain.

In the past, Blended Malt was known as vatted malt or pure malt.

Today, this variation is a rare sight because there's so little demand for blended Malt Scotch.

Blended Scotch has the loosest regulations and is made from a blend of at least one Single Malt Scotch and one Single Grain Scotch from different distilleries.

This type of Scotch is known for its balanced taste and smoothness.

The flavors of this spirit make it ideal for mixed drinks and Scotch cocktails.

Frankly, a good Blended Scotch should be in every well-stocked home bar. You can get affordable options from world-famous brands like Johnny Walker, Dewar's, and the Famous Grouse.

How does each type taste?

Scotch Whisky is known for its diversity in flavors, and you cannot define the taste by the type. Especially because these differences are only partly due to the production processes. A lot of the variety also is yielded by the regional differences.

For example, when looking for a smoky Scotch, suggesting picking a Single Malt or Single Grain won't be helpful. However, recommending a Scotch from Islay will likely get you what you're after.

Of course, this doesn't apply to all products from this region, but it's a good rule of thumb.